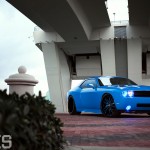 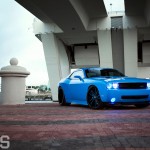 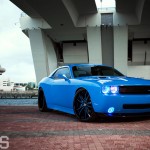 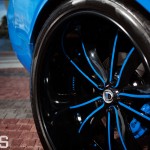 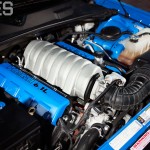 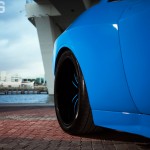 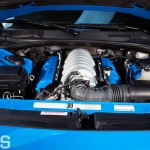 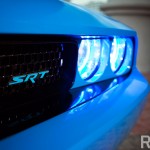 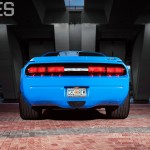 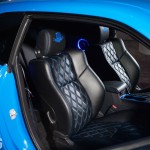 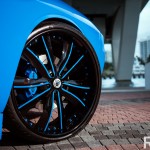 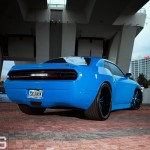 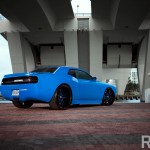 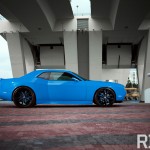 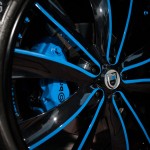 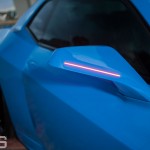 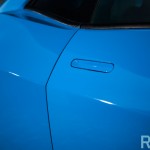 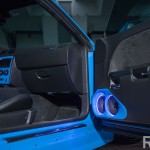 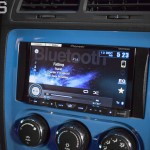 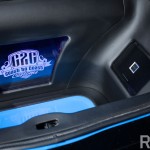 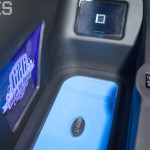 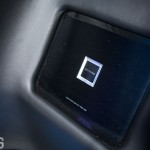 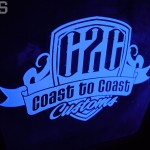 In the land of gargantuan rims and paper-thin tires, building a custom ride that can stand above the rest is quite the cumbersome task, especially when remixing a new-school Challenger. Jeremy Milrad, owner of the world-famous Coast 2 Coast Customs, spends his days making other people’s automotive dreams a reality, but he finally gave in to the desire to build something for himself.

Once Jeremy had decided on the Challenger, due to its daring dimensions, he mapped out a blueprint of what he ultimately aspired to accomplish. The general idea was for everything to be sleek and to boast a crisp, defined edge. The foundation of the build was the widebody, which began as a kit from Asanti. It should be said: The word “kit” is used loosely here as it’s not the traditional crappy fiberglass body kit that you would expect. There was plenty of fabrication involved. “It’s a metal kit, and we still had to cut the car open and weld it on,” explains Jeremy.

On top of the glaringly obvious add-ons, the Challenger sports plenty of subtle upgrades, one of Jeremy’s favorite additions being the custom side mirrors. “I wanted everything to have razor-sharp lines, and the factory mirrors didn’t do it for me,” he explains. “I found these Camaro concept mirrors that fit the look I was going for perfectly.” To further smooth it out, he also ditched the factory door handles, but instead of opting to go the shaved route, he found a solid replacement. “I wanted the smooth look, but I didn’t want to shave the handles, so I went with some GTR handles,” explains Jeremy. “I’ve had shaved handles before, and they can be a pain.”

For the color, Jeremy was admittedly indecisive, but at the very least, he knew what direction he was headed. “That was the hardest part,” says Jeremy. “I knew I wanted a blue, but I went through tons of colors and couldn’t decide on one until I went into a Jaguar dealership, and they had the two-door supercharged Jaguar in the [French Racing] blue—I was hooked immediately.” One of the easiest decisions for Jeremy was the shoes; he grabbed a dope set of Asanti AF505s, 24×9 inches up front and an overwhelming 24×15 inches out back. Looking inside, Jeremy opted for custom but far from gaudy. “It pretty much comes from the Lamborghini’s interior,” he says. “I was dead-set on double-diamond stitching.” Upon first glance, the interior certainly looks custom, with body-matching panels and custom seats, but in the same respect, the interior almost looks as if it could be part of a special Mopar package—and that’s by design.

After 11 months of work, Jeremy is content with the outcome of his Challenger, and as he says, he had no choice but to go as far as he did. “Everybody knows I’m a shop owner, and my car would obviously be judged, so we had to do everything right,” Jeremy says. “I just wanted to build something that would inspire other people around here to think outside of the box.”

One Response to “2009 Dodge Challenger SRT8”