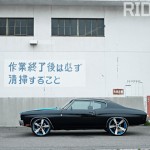 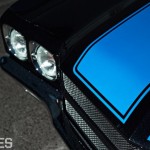 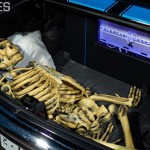 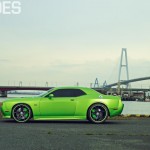 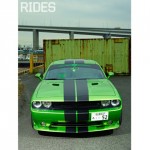 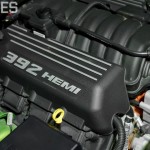 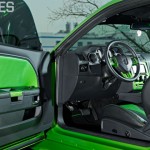 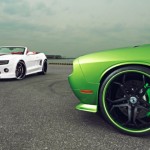 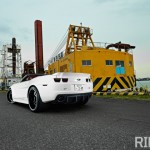 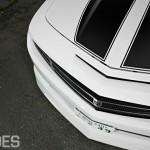 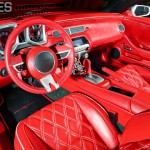 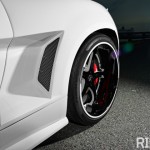 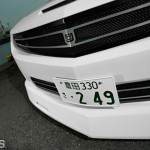 Custom American cars have traveled to Japan for decades—most notably Lowriders and classic cars, until the mid-2000s when a wave of new-school American muscle cars began their invasion. And even though driving most of our muscular American rides in Japan’s cramped cities resembles navigating an H1 Hummer down a bike path, Japanese riders still cop ’em heavy and take the customization to the limit.

Roughly two years ago, Akira Kato and friends launched a car club with the objective of bringing together those with similar vehicular interests. “It started as a few friends with custom cars,” explains Kato, Jack Holl CC’s president, “and as [we] made more friends that owned custom cars, the idea of starting a car club was kicked around.” As there are plenty of car clubs in Japan, Jack Holl CC is unique in that it highlights American muscle cars, old and new, which are particularly rare in Japan. “People like [muscle cars],” explains Kato. “Though people may not want one as their own personal car, they like the looks.” He continues, “A lot of people say that if they lived in the country, where everything isn’t so tight, they would like to own an American muscle car.” The bravery to squeeze these abnormal automobiles within the confines of their surroundings gives Jack Holl CC even more credibility, as it’s quite tricky to maneuver these brawny bruisers—especially the widebodied new-schools.

As to which whip in the clique gets the most props, Kato proudly explains that the Chevelle, his personal car, garners the most esteem. “Probably my Chevelle, because it is an old American car that most [Japanese] people have not seen,” explains Kato. “People are always asking me what kind of car it is. Even though it’s old, with the modern customizations, it has a ‘new style’ feel, and this captures the attention of many people.” And as you can imagine, a crew full of hefty, powerful American cars certainly stirs up the scene when Jack Holl CC arrives, even if it’s by accident. “Sometimes on weekends when we gather, people think there is an event going on, but we are just hanging out,” says Kato. “Our group definitely gathers a lot of attention, since these cars are typically only found at car shows.”