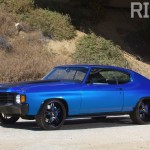 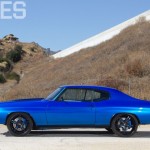 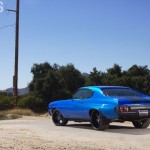 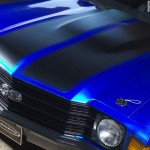 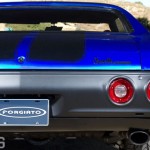 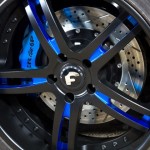 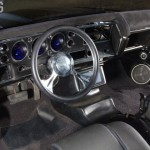 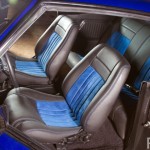 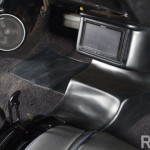 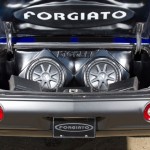 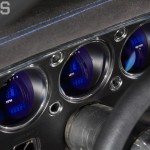 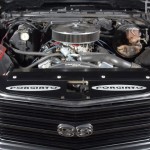 The Lamborghini connoisseur and custom muscle enthusiast are seldom one and the same. Not that owning a $350K car makes you any less creative, but the two are clearly of conflicting mind-sets and ultimately have different goals for their rides. Los Angeles’s Gary Tegeleci has a rare situation wherein his profession has positioned him in close contact with both ends of the spectrum, and the result is a ride with a unique blend of select high-end qualities and old-school tendencies.

In high school Gary pushed a ’96 Camaro, so his beginnings were far from ritzy lux, but when he stepped up to the big leagues and took a job with Forgiato Wheels, he found himself enthralled with high-end luxury vehicles and the lifestyle that accompanied them. But when selecting a canvas upon which to bestow his vehicular talents, he opted for American muscle over exotic. “I really like old-schools more than luxury cars, because I feel like they have so much more character,” explains Gary. “When driving around in an old-school muscle, you get respect from everybody: kids, older people, black, white, etcetera.”

When designing the blueprint for his ’72 Chevelle, Gary began with the color, infusing his exotic car experience from the jump. “In 2005 Lamborghini released a color for their Murciélago called Monterey Blue Metallic,” he explains. “I saw a Lambo with that color, satin-black wheels and accents, and I knew I would use that scheme one day.” Gary proceeded to take the theme to the limits with the satin-black trim and even bumpers, which usually remain chrome on old-schools no matter what. “Everybody goes chrome, and I wanted to do something different,” says Gary.

To complement his radiant ride, the wheel selection was of paramount importance, especially for the marketing director of a major custom wheel manufacturer. “I was tempted to go with a 22- and 24-inch setup, but I ended up going with 20- and 22-inch, because I think it looks the best,” says Gary. “Plus, it keeps it looking and driving like a muscle car.” And the Forgiato Pianura wheels, which Gary helped design, are subtly accented with Monterey Blue without overpowering the overall aesthetic. Peeking from behind the satin spokes are matching Baer brakes just dying for attention. “I love seeing yellow Lambos with the big yellow calipers,” proclaims Gary. “So I wanted to make sure my big Baer calipers were a highlight, and that’s also why I chose a split five-spoke design wheel.”

On the inside, Gary kept it muscle, not going overboard with the blues. Top Stitch Upholstery hooked him up with black leather and blue suede guts, plus subtle blue contrast stitching. Also inside is a custom center console with B&M Racing Shifter and Dakota Digital dash with a blue readout. For the beat, Gary eventually turned to Kicker. “My original intention was not to go crazy on the audio,” he admits. “But Kicker got excited about the project and sent me their top-of-the-line products, so we just went all-out.”