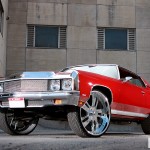 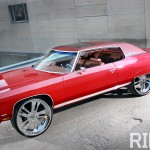 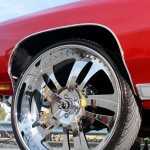 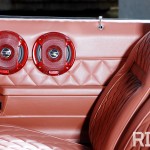 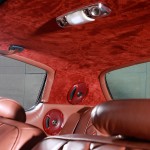 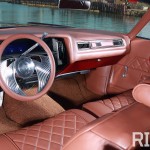 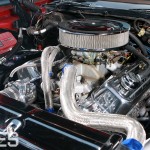 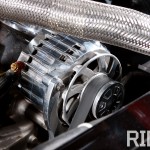 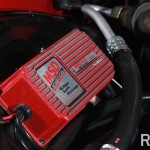 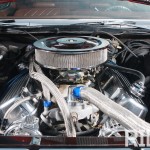 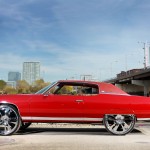 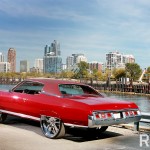 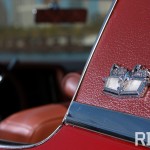 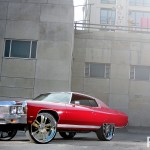 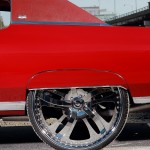 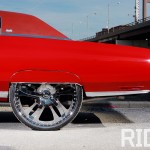 For reasons unbeknownst to us, quality Donks are scarce in the city MJ put on the map. Blame it on brutal winters or the wild popularity of the Box Chevy. Regardless, it’s quite rare to see a properly prepped Donk in the Windy City, and it’s even more extraordinary to catch one that rivals its Southern counterparts.

From the west side of Chicago, the owner of this ’73 Caprice, who prefers to be referred to simply as “Bro,” is no spring chicken when it comes to the Donk game—he’s actually been ruling the Chicago streets for years now. Previously dressed in a navy pigment and rockin’ different shoes, the ride’s look had Bro disenchanted. “It used to be navy blue on 26-inch billet wheels, but I got bored with it,” he says. “Plus, there was a blue Donk on spinners around here, and people started mistaking us for each other. I don’t do spinners, so I decided to completely flip it.” Eager for a visual adjustment but uneasy about the change itself, he trusted his body and paint man, Jose of Jose’s Body Shop, to make the process so undetectable it would appear as if he’d purchased a new car. “It was done right; even under the carpet is red now,” says Bro. In addition to paint, Jose incorporated the coveted ’71 trunk lid with the ill factory louvers—a task a bit more difficult than it seems, due to fitment issues and hurdles relocating the keyhole.

For the interior, Bro looked to the Autobahn for inspiration and went with a concept borrowed from the TechArt Porsche Panamera, Bentley GT and Lamborghini Murciélago. Opting to apply the Porsche’s interior color, the ’73 made a visit to Image Custom Auto Spa of Chicago for completion. Image updated the ride with plush leather and stitched in the ever-popular diamond pattern seen on many Lambos and Bentleys. Image also added a lavish suede headliner in the matching Porsche color. To complement the interior, Bro virtually threw the Billet Specialties catalog at it, adding mirrors, gear shifter, foot pedals, window cranks and other miscellaneous goodies.

For the shoes, he wanted to step outside his billet comfort zone and go with something chrome and relevant. After seeing some 26-inch Rasoios on a Donk online, he decided to step up his game a bit and add two inches to the equation. With absolutely zero intentions of increasing the ride height, slight modifications were necessary to allow the daring Donk to squat on the 8s with an immaculate stance others struggle to achieve on wheels much smaller. “I ain’t with the sky risers, I don’t like that,” proclaims Bro. “I love the stance; I wanted the back to squat and keep the skirts, and even though we couldn’t figure it out at first, my body man made it work.” Appeased with the 8s, Bro promises he will not be moving up to skinny 30s anytime soon. As the MJ of the Chi-Town Donk game, he’s certain of his status: “As far as hardtops go, I don’t see anybody in the Midwest on my level.”

Interior: Suede and leather throughout done by Image Custom Auto Spa of Chicago