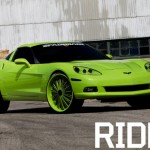 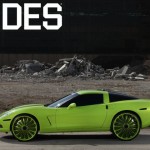 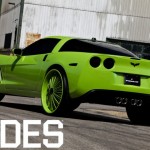 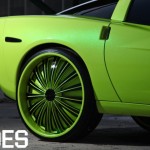 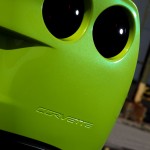 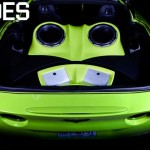 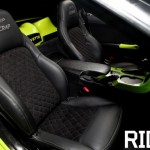 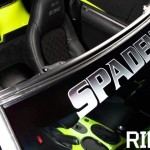 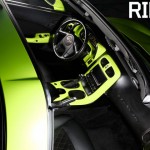 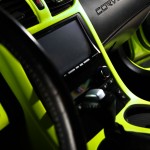 The Corvette is the American sports car; a car you notice on the road and instantly roll down the window to see, to get a hint of the iconic small-block V8 under the hood. And while it’s built to go fast (real fast), not all cars are purchased with the plan of being used for their intended purpose. There comes a time when every game changes, and as far as sports cars go, that time is right now.

Ken Thornton of Spade Kreations, in Cincinnati, Ohio, doesn’t stutter at the notion of building something capable of “shutting the game down,” which is fortunate for the owner of this ’07 ’Vette, the CEO of up-and-coming record label All In Entertainment. “He just wanted something different,” Ken says. The goal was to build a next-level whip and take it to new heights, both figuratively and physically.

Up until now, the most radical wheel a Corvette has been outfitted with is a 22- or 24-inch setup. “Everyone said we were crazy for even trying it, and it wouldn’t work, so we decided we must be heading in the right direction,” Ken laughs. With an insanely low stance from the factory, this Chevy wasn’t exactly the best candidate for a big-rim transplant, but that’s what the scene is all about: pushing the limits and making people stare in awe.

It was decided the wheels would be DUB Flash Spinners, 24 inches up front and 26 inches in the rear, with some skinny Toyo Proxes 4s. The crew at Spade lifted the suspension and massaged the fenders, but with wheels this wild, the factory color wasn’t going to cut it. This bad boy was hit with a custom lick of Chrysler Nitro Yellow on a green base, topped off with some PPG Vibrance Emerald Pearl. A sports car this extreme can’t get by with being loud on just the outside, though—it’s got to be loud and in your face in every way possible. The guts were reupholstered with suede and leather, along with painted console pieces to keep the flow of green running throughout. To make sure every beat was hit, JL Audio was tapped for a full lineup of components, amps and subs, all fitted to mesh with the insides like they came from Detroit.

While it looks like this whip has taken years to perfect, it’s been accomplished in just three months. “The customer hadn’t driven the car before the shoot, but I drove it there,” Ken says, “and the general response was, ‘What the f**k?!’ by all the passersby.” So, yeah, it’s safe to say the game’s been turned on its side.