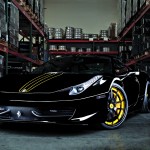 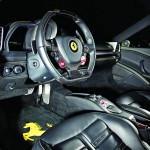 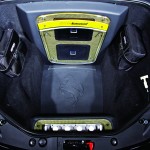 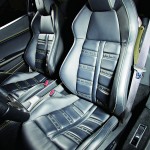 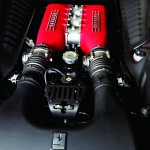 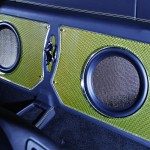 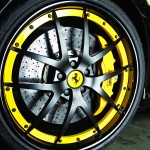 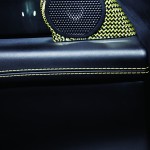 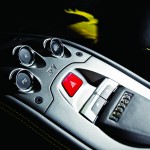 When Ferrari set out to produce the 458, they didn’t “forget” to include a proper head unit as one of its features. Ferrari is as pure of a sports car as they come, but modifying one straight off the shipping container with $20,000 in aftermarket stereo was no oversight for Diko, owner of wheel conglomerate WTW Corp. He felt his new purchase wasn’t up to his own standards. “I don’t mess with the performance, but even Ferrari can’t get the stereo to sound right,” he laughs.

With the 458 fetching around $220K to $230K in the market, entrusting someone with the correct skill set was a necessity. Modifiers of high-priced exotic audio, Al & Ed’s Autosound of West Hollywood, California, received the 458 and immediately knew what pieces they wanted to accentuate. “It was clear to us from the first moment that we needed to stick with that [black and yellow] color palette and use as much yellow carbon fiber as possible,” explains Elie Rothstein of Al & Ed’s. “As I did with my Scuderia, we try to add the color theme in the stripes and accents on all the cars we build,” Diko confirms.

Since the 458 is technically lacking a common head unit—instead placing all media functions inside the dash—Al & Ed’s meticulously connected a Rockford Fosgate 3Sixty.2 processor to the Ferrari’s guts, allowing real-time adjusts and tuning via Bluetooth and a laptop. Continuing with the technical and big-ticket items, they decided to run Focal Utopia components, Kenwood eXcelon subs and Alpine PDX amps, all encased in custom-made yellow carbon-fiber enclosures. When asked if the stereo is his favorite part, Diko keeps it real: “It’s hard to say, but I love the sound of the system doing 180 mph!” And with more than 1,800 watts, even 180 won’t hinder this system’s capabilities.

Since designing fresh wheels is his specialty, when Diko needed new designs for his 458, he called himself. A set of GFG Fioranos flank the driver’s side while GFG Italias cover the passenger side in an attempt to take inspiration from Ferrari’s original wheels, making them taller and wider for a more aggressive look. “The wheels are custom made for Ferrari, which allows you to pop in the factory cap and lugs,” Diko boasts.

Al & Ed’s then dropped the car half an inch to perfect the fitment—and, in the process, exceeded Diko’s expectations. “It looks like a Donk from the factory, since the front is so high, so I had the suspension modified,” he jokes.
Now that he’s gotten his 458 in order, it’s time for him to move on and complete his next big builds: another 458 (this time yellow) and a 599 GTO, which he assures will be next level. Seeing that he has no qualms with modifying cars straight from the factory, we don’t doubt his claim and patiently wait for more.