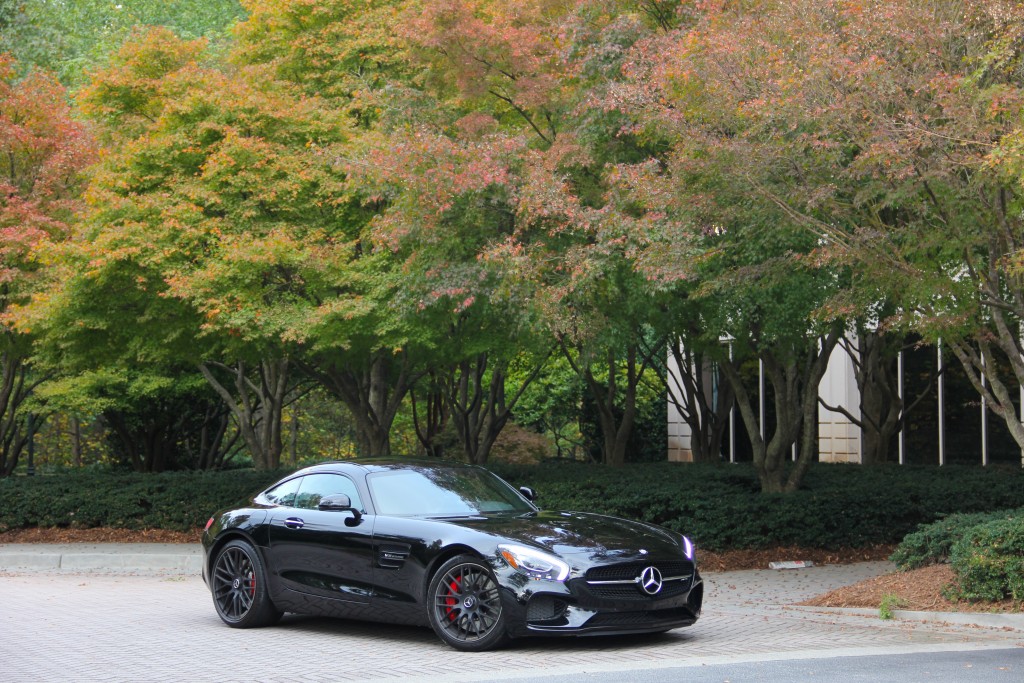 Every once in a while, automotive journalists like myself are presented with the opportunity to test a vehicle that completely turns everything you think you know about cars on its head. For me, the Mercedes-AMG GT S was such a car as I never imagined it was possible to produce a virtually perfect vehicle that literally satisfies every imaginable want and need with a price tag under $150k. 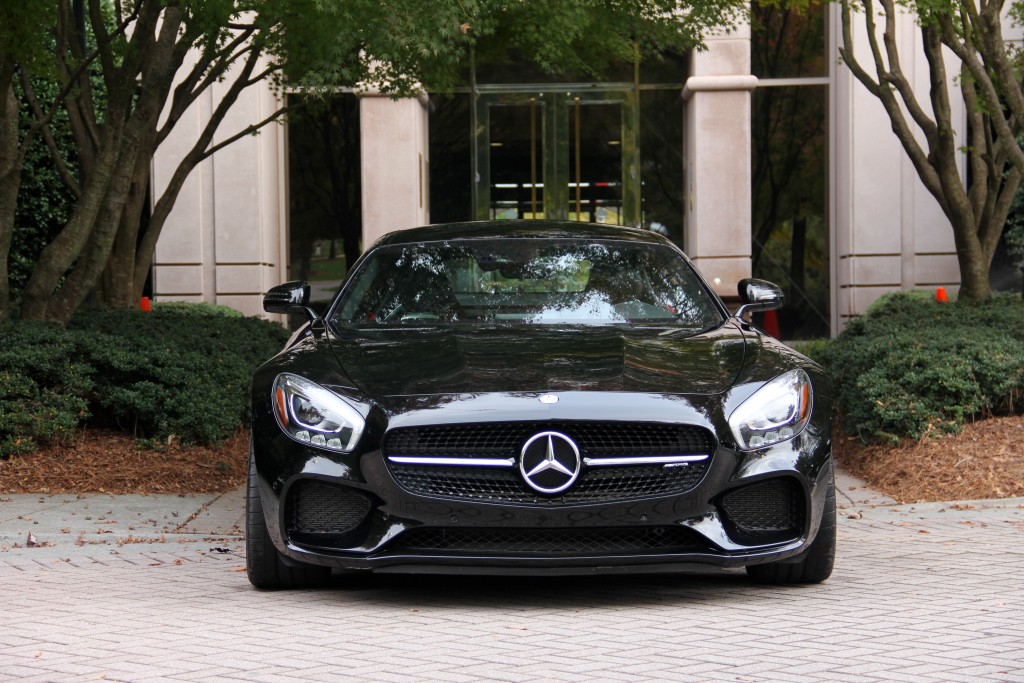 Mercedes has set its sights directly on the famed Porsche 911 and what’s interesting is that although the two vehicles may be comparable in regards to performance, the GT S doesn’t feel like a car that would necessarily lure many 911 owners over to the dark side as the two vehicles are starkly contrasted. However, Mercedes may have created a vehicle that has created its own category: Obtainable Supercar. 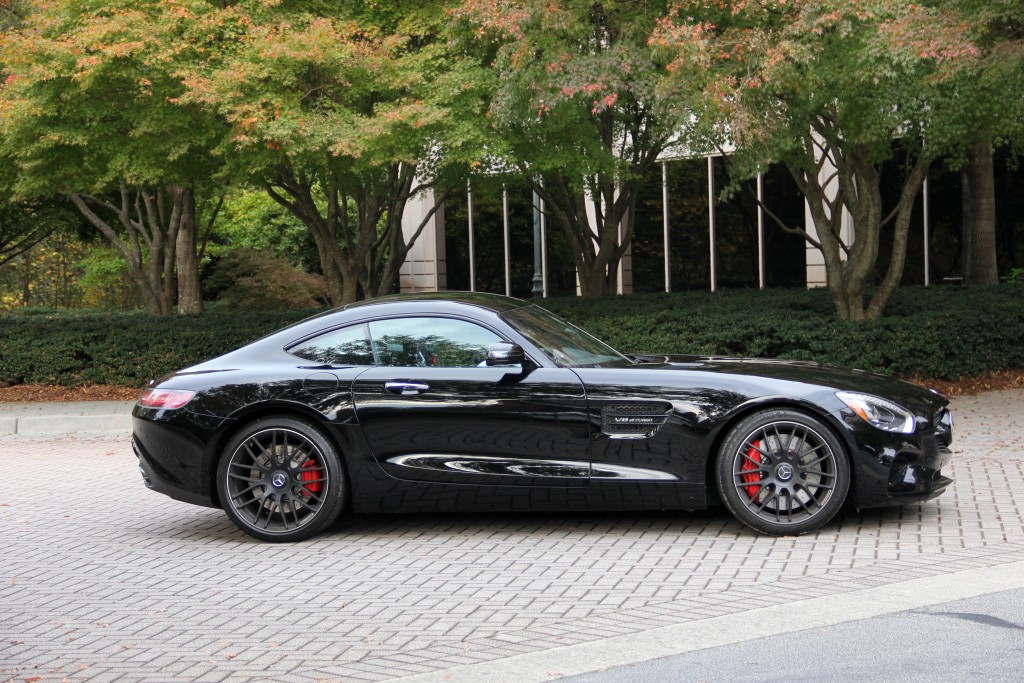 The Mercedes-AMG GT S is so much more than a sports car and it begins with the aesthetics. Upon first glance, the GT S certainly is reminiscent of its older sibling, the SLS minus the gullwing doors and a couple styling cues here and there yet it still has its own identity. The elongated hood with aggressive venting hints that something special lies beneath and the front fascia encompasses the perfect blend of elegance and edge. The staggered 19″/20″ black AMG forged wheels are also a welcomed addition as they complete the murdered-out theme. 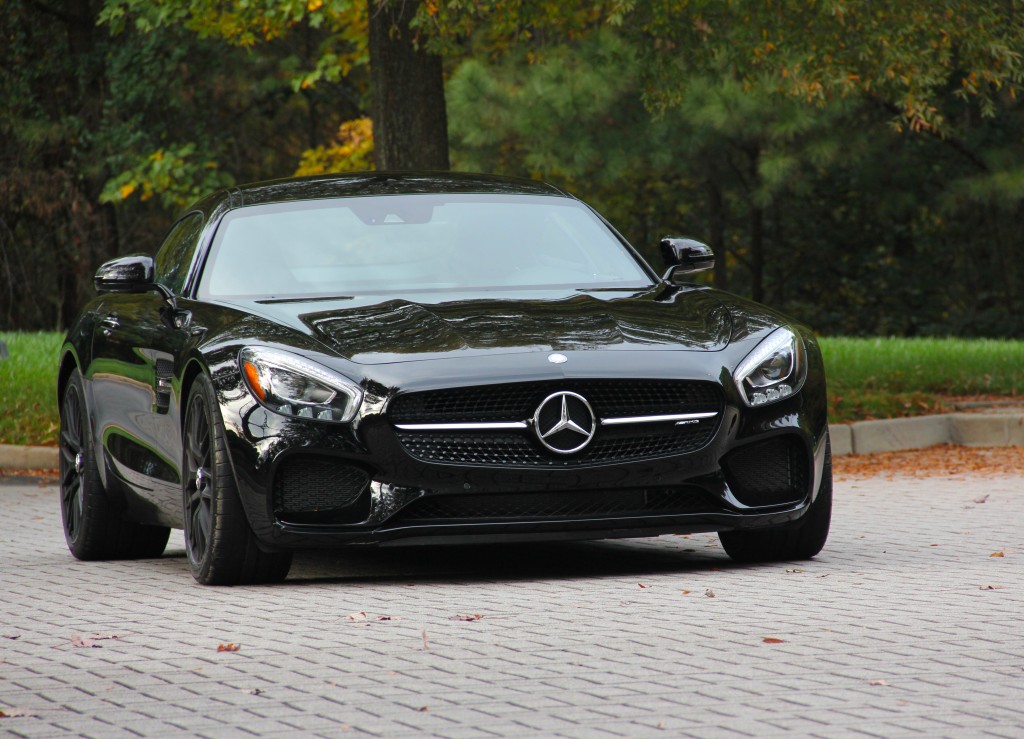 In regards to performance, the GT S is actually quite versatile as it can play multiple roles with simple a turn of knob. In Comfort mode, the vehicle acts and sounds as a luxury sports coupe should with a subtle exhaust note, firm but cozy ride and a plethora of gadgets and buttons galore. The other settings available are Sport, Sport+ and RACE. My favorite of the bunch, Sport+ is what I like to think of as ‘muscle car mode’. The throaty, ferocious exhaust note that bellows out of the exhaust pipes is more akin to a fuel-injected Chevelle rather than a German luxury vehicle and to me, that’s outright awesome. In this mode, the GT S is similar to other AMG models I’ve had the privilege to pilot in the past with its overall brawny persona and straight-line performance. But unlike other AMGs that may have neglected minor cornering details the AMG GT S is unique as it is probably the best handling vehicle I’ve ever had the privilege to drive. EVER. 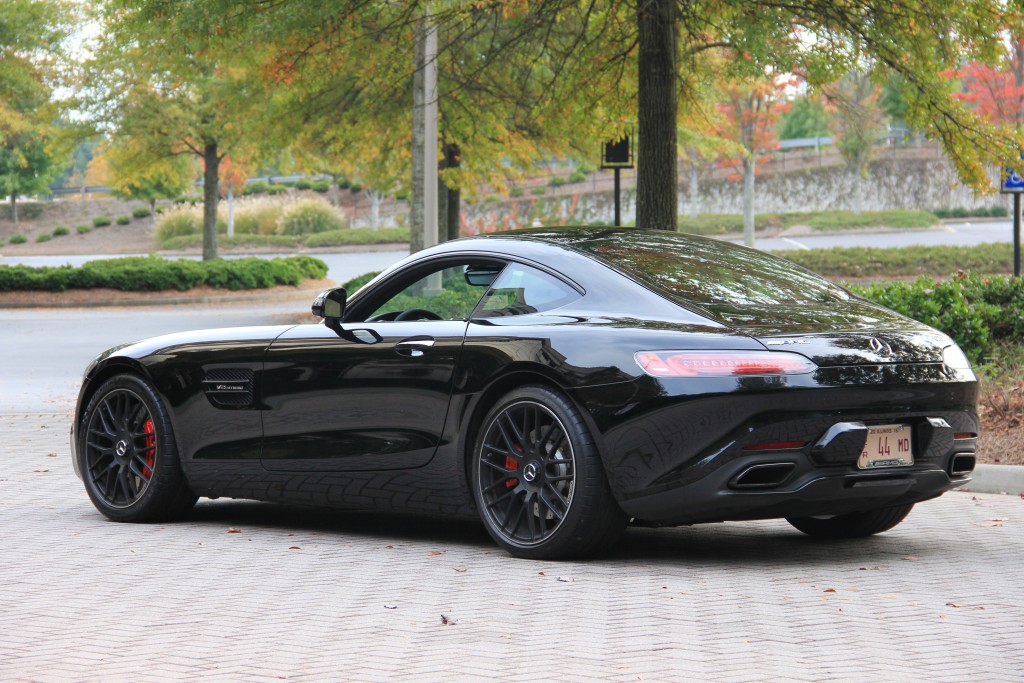 The driving experience behind the wheel of the AMG GT S is unparalleled and it starts with Mercedes-AMG’s new 4.0L bi-turbo V8 that produces 503-hp and 479 lb-ft. Honestly, I’m not the biggest fan of turbos for the reason most people aren’t – lag. However, the gurus in Sindelfingen may have completely solved that age-old problem entirely due to their “Hot Inside V” turbo configuration which nestles the two turbos neatly within the engine drastically limiting the intake lengths ultimately resulting in zero turbo lag. The amazing thing about this engine setup is not only does the GT S not feel turbocharged, it acts as if it’s naturally aspirated! This attribute alone blew my mind every time I planted the pedal as the power is instantaneous and intoxicating. 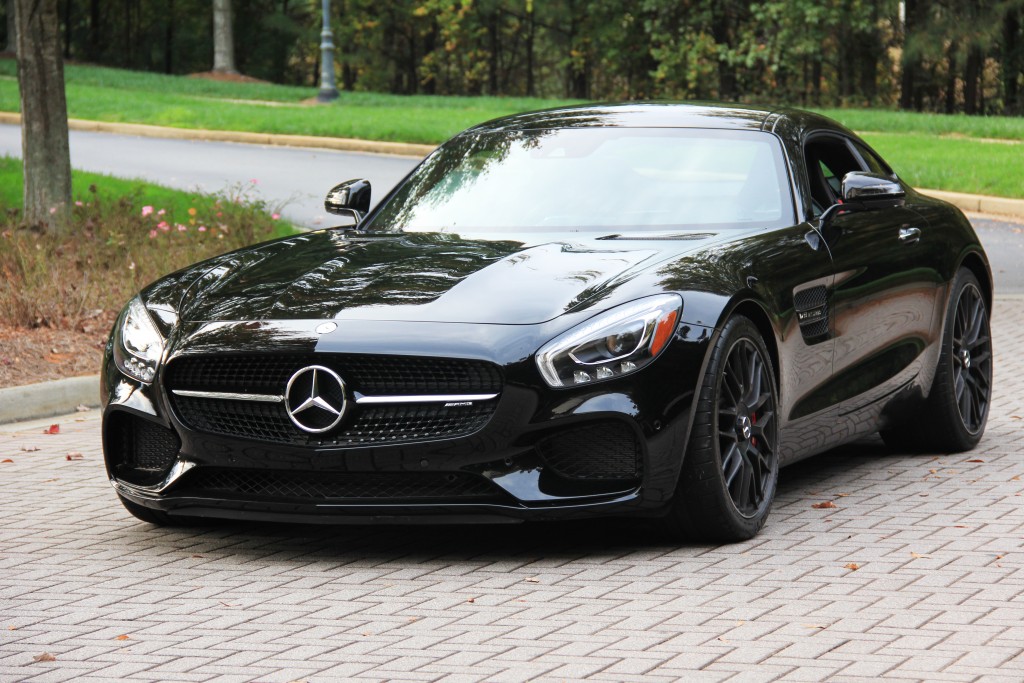 To compliment the power under the hood, the GT S comes equipped with supercar suspension – literally – as it shares it entire front suspension from its older sibling, the SLS. This also includes the hydraulic steering, which is much appreciated in the age of everything leaning towards electronic. I could probably write another 500 words on the suspension alone with its double wishbone suspension on all four corners but the primary point that needs to be highlighted is the AMG GT S is always planted firmly on the pavement no matter your, speed the road or conditions. The only downfall perhaps would be that unless you’re in Comfort mode all the time, daily commutes do start to feel a bit cumbersome but the fact that you’re basically in the Batmobile rectifies any petty annoyances. 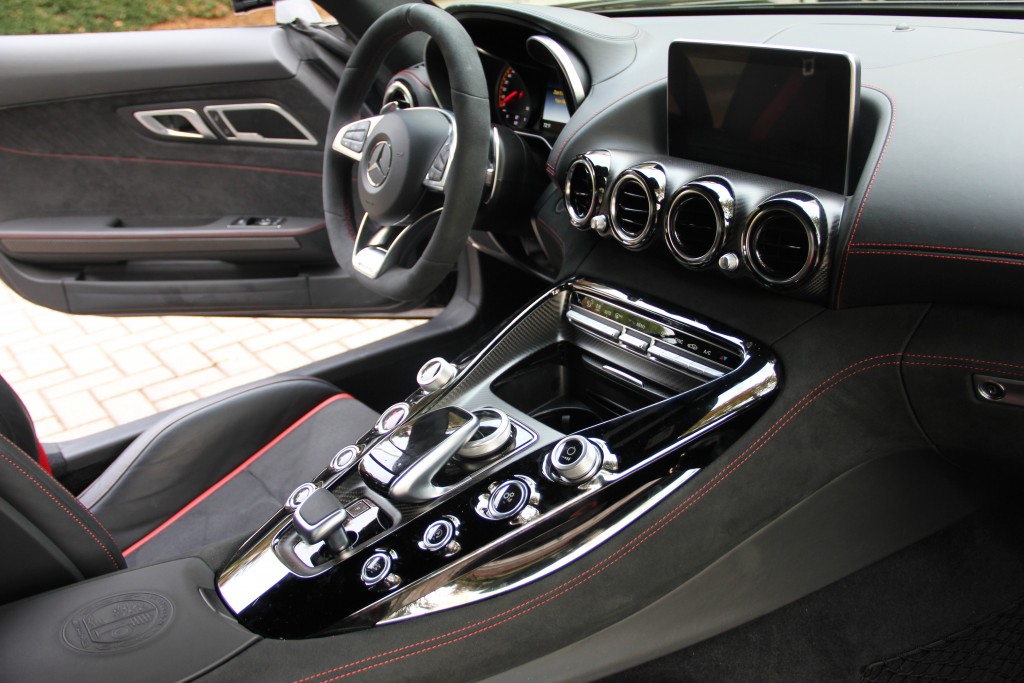 Inside the GT S is everything you’d expect from a high-end sports car with its Star Trek center stack, AMG performance seats and chrome and stainless trim. For daily driving purposes, it would have been nice if the seats reclined a couple more inches but I imagine that was pretty low on AMG’s priority list and rightfully so. 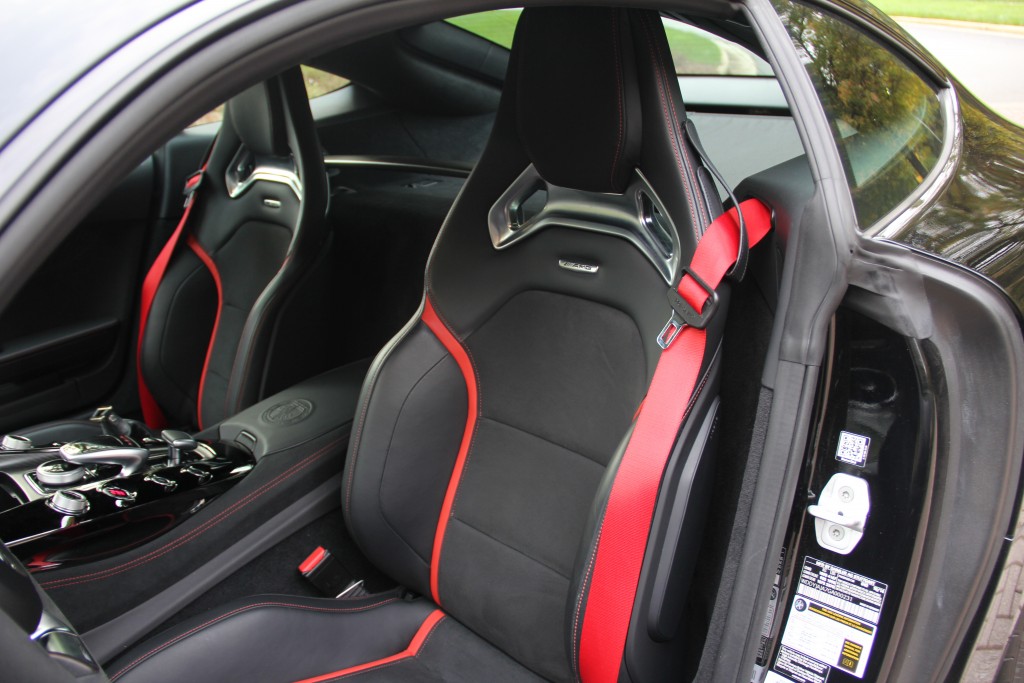 Here’s the problem with the AMG GT S: It’s a tease to drive on surface streets. Especially if you keep it in Sport+ mode as I did for an entire week, it leaves both you and the car craving, begging for violent acceleration that you just cant deliver due to the limitations of everyday streets and traffic. Of course, I tested it as much possible and certainly put my license on the line a few times but it’s blatantly obvious this vehicle’s home is on the track. 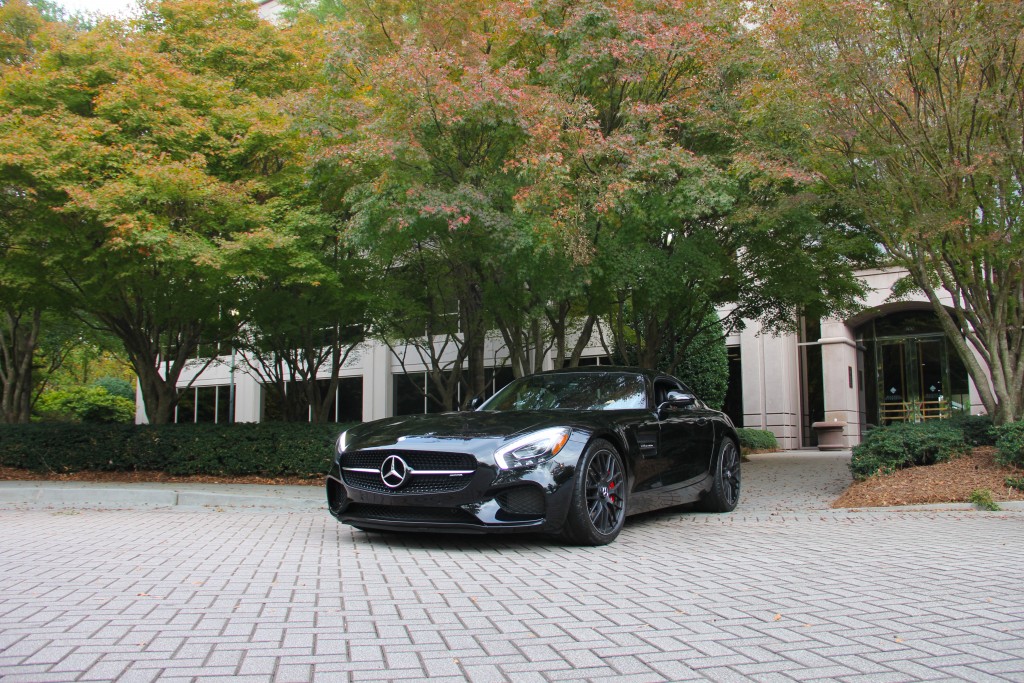 Final Verdict: Did Mercedes hit its mark in finally building a legit rival for the 911? Of course. However, in their ploy to take on an incumbent, they may have created an entirely new category. And for the price, the GT S is an absolute steal as you get supercar looks and attitude with the performance to back it up.