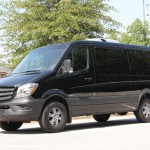 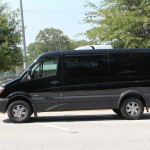 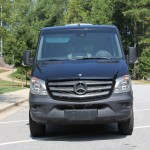 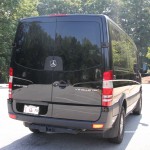 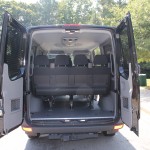 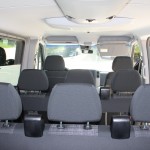 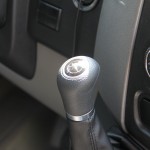 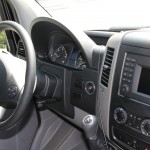 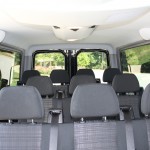 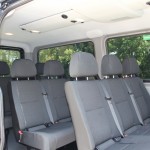 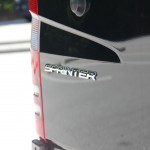 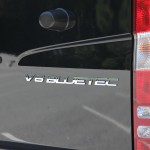 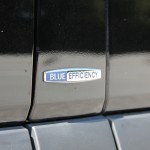 Exterior: Like a lot of Mercedes-Benz vehicles, the Sprinter is instantly recognizable and stands out from the crowd no matter what. Even though the overall shape is a bit odd, the exterior exudes a chic, luxurious appearance. At any angle, it looks as if whoever is inside means business – even if you’re just hauling around your loved ones. Black is the optimal color for the Sprinter as it seamlessly blends in with the deep tinted windows and simply looks clean and classy.

Interior: Inside the Sprinter could be best described as ‘Church Van Spec’, which isn’t exactly in sync with the iconic logo on the grill. The seats are covered in a basic, tough cloth and there’s cheap plastic everywhere. However, for the price of the Sprinter you can’t really expect plush appointments. And even though there is some clever storage places like above the visors and on the dash, the Sprinter’s interior could definitely use some sort of center console. The Sprinter has a supreme driving position as you are perched high above the traffic and due to the its short nose it feels as if you’re hovering right above the pavement. In addition, there are virtually zero blind spots due to the fact that the entire body of the vehicle feels as if it is a large piece of glass.

A/V: The true red mark on the Sprinter’s report car is the antiquated electronics. The radio is the old, old Benz radio that’s been around since the dawn of the CD player and there’s no satellite radio option. Thankfully, there is a USB input and it’s conveniently placed on top of the dash where you could rest your phone as well. The true travesty in regards to the Sprinter’s electronics is the lack of back-up camera. Even though there are plenty of windows, there are still obstacles that simply can’t be seen using your mirrors and the back-up sensors at times are too late. I can’t stress it enough; this thing needs a back-up camera! To be fair, the Lane Keeping Assist function helps with such a hefty vehicle and the Blind Spot Assist will also get you out of trouble in traffic.

Performance:  I was equally surprised and impressed with the overall driving experience behind the wheel of the Sprinter. Initially the shear size of the van is a bit daunting but it performs like a much smaller vehicle. Off the line, the sprinter stays true to its name as it literally sprints from light to light due to the surprisingly peppy 3.0L BlueTEC diesel engine pumping out 325 lb-ft of torque. Although the Sprinter feels a bit wide on some roads, it is actually very easy to park and there’s rarely a time where it’s cumbersome to maneuver.

Floss Factor: If you happen to have six kids and/or a small organization, there’s simply no cooler option than the Mercedes-Benz Sprinter. Have a football team? Your starting offense could show up to games in style!