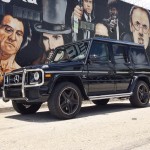 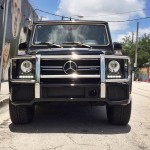 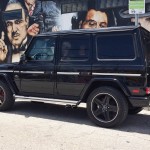 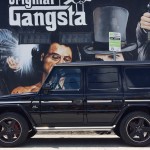 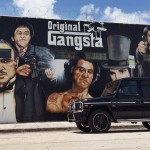 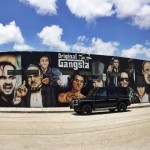 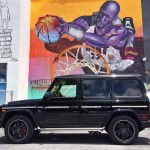 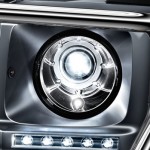 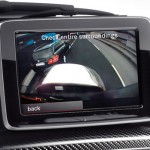 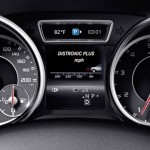 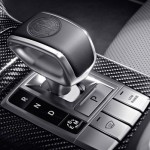 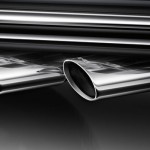 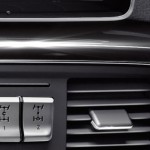 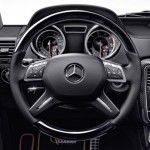 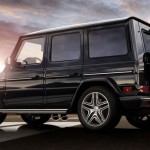 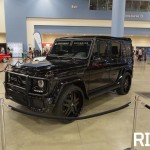 Exterior: The fact that the G-Wagen’s exterior has been virtually unaltered for nearly 40 years may be frowned upon, yet I believe the G’s vintage appearance is the foundation of its appeal. I actually tend to judge a vehicle’s appearance based on its ability to stand the test of time – if it still looks cool in ten years, it’s a winner. To be brutally honest, the G63 looks like a German tank and a fancy toaster had a love child and that’s quite refreshing to me. The fact that there is still a vehicle such as this produced in the era of futuristic crossovers flooding the expressways is quite admirable. To put it in muscle-car-guy terms, it’s as if Chevy were still making second-gen Camaros in 2015 but with updated interiors and drivetrains. Wouldn’t that be awesome? Anyway, the G63’s exterior is simultaneously bold, ferocious and charming and although it’s dated, its looks are immortal. Yes, it’s covered in chrome and even though I’ve lost my taste for the bling, somehow it works on the G63. And although its aesthetics are classic in nature, the G63 still brings some new-school charm to the table with its front LED lights, blacked-out wheels and massive red brake calipers. The best thing about the exterior? You’re the strangest, coolest most unique thing on the road and that has to count for something.

Interior:  One of the things I love about the G-Wagen is that it sports the signature vintage exterior while maintaining a refined interior. However, if you compare the G to other current Mercedes models, it’s actually a few years behind and can even be viewed as  ‘economy’ as a couple items such as the LCD screen look aftermarket. That being said, the interior has plenty of plush amenities such as seats that are actually quite comfortable wrapped in supple, yet durable designo Black Nappa leather. And although the interior cabin takes a bit of getting used to with its vertical windows that create some interesting reflections, the interior of the G63 makes you feel like you’re the lead vehicle in some sort of combat procession or mob fleet as its militant, yet elegant at the same time.

A/V: If you’ve driven a Benz in the last few years, the electronics in the G63 are on-par with the entry-level Mercedes vehicles and nothing really jumps out as outstanding, yet everything is certainly functional. I found that the radio was very easy to operate and the harman/kardonn LOGIC7 surround sound system did quite well with the bass-laden tunes we were blasting while cruising South Beach. And again, in a vehicle such as this you aren’t expecting to be floored by a plethora of a gadgets and I actually appreciate the G more with its electronic simplicity.

Performance: To further my comparisons to an old muscle car, the G63 is a brute that hauls some serious ass in a straight line and is a little scary around curves. And like driving a muscle car, you fall in love with the acceleration and throaty exhaust so much that you put up with any driving annoyances you may experience. On city streets, the G63 can get quite bouncy at times but for the most part it drives as expected and is just fine on the highway. It would be ludicrous for anyone to discredit the G63 for its truck-like ride when there are tens of thousands of people driving around lifted trucks and loving every minute of it. Speaking of that, even though I didn’t have a chance to take it off-road (I would have loved to but I was in Miami where things are pretty flat) I think the G63 could use a little extra meat on the tires. To me, this would accomplish a few things but mainly it would look more capable and less pretty and also aid those who want to get some real use out of it. Do I think anyone out there will be spending $140k to go off-road? Not one bit, but with its three locking differentials, 560 lb-ft of torque and 4-wheel electronic traction system, the G63 certainly could.

Floss Factor: The attention a bone stock G-Wagen attracts is off the charts, even on South Beach as we experienced on every cruise. The G63 just has an aura of opulence about it while still having that hard-edge, capable presence. The G63 would have been at home parked in front of Wet Willies on Ocean Drive or traversing through the sand on the beach and somehow it looks the part regardless. I can’t reitterate enough that the G63 turns EVERY head, even in a sea of Lambos, Ferraris and Rolls. It’s just that one rare vehicle that commands your attention – or else. And as we illustrated in the last picture of our gallery from our Forgiato Fest coverage, when customizing these vehicles it can boost the appeal exponentially. With the fact that the G isn’t exactly practical, this is THE ride you cop to floss.