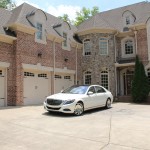 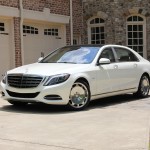 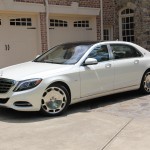 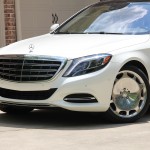 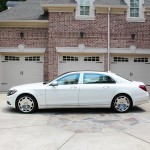 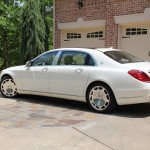 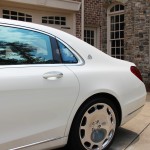 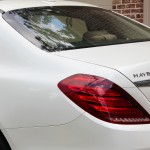 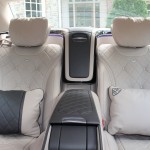 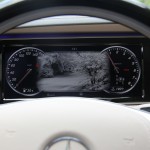 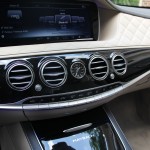 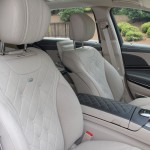 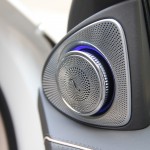 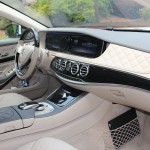 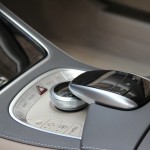 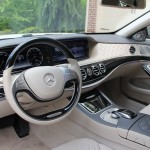 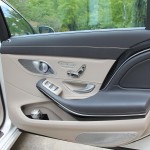 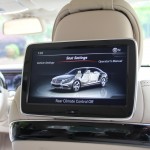 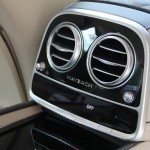 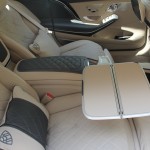 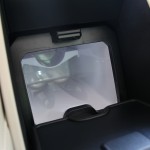 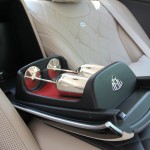 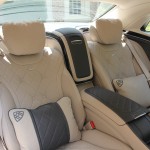 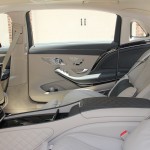 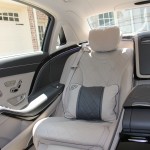 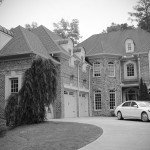 Back when the Maybach was at the height of its popularity, I honestly never understood the appeal. At the time I thought the S-Class Mercedes looked just as good (or better) and when it came to ultra-luxury sedans, the Phantom left the Maybach in the dust. And even though Rick Ross’s crew (Maybach Music Group) gave the nameplate a bit of a revival in the Hip Hop community, the dated styling was no match for its competitors or simply the market itself. Regardless, the Maybach name is certainly synonymous with high-end automobiles, which is why it was a brilliant move from Mercedes to bring it back in some capacity.

Exterior: For starters, the designo Diamond White Metallic paint is perfect for a vehicle of this caliber. It exudes just enough opulence while not trying to do too much. The mirror-style window tint also compliments the color but I probably would opt-out of the chrome pillar option, as they’re not necessary to pull off the aesthetic. Everything about the exterior is gorgeous and refined and simply screams luxury. On this particular model, the rear door is longer than a standard S-Class but not ridiculously lengthened like the former Maybach 62, which, to me, looked too stretched. Even though most people I encountered turned up their nose at the wheels, I actually applauded Mercedes for going ‘retro’ on the rolling gear with the 20-inch Maybach Forged Wheels that are reminiscent of ‘90s Benzes. Although, for $3900 I would probably just buy a nice set of forged, brushed 22s and call it a day. The only negative feedback I received about the exterior was that it had Mercedes and Maybach badging which apparently to non-car people is quite confusing (Really?). I assume for some people it’s hard to wrap their heads around the fact that this car truly is both a Mercedes and a Maybach. What that being said, the only thing I’d change about the exterior for 2017 would be to but the double-M back on the nose of the car to not confuse anyone or bruise any potential egos (and you could probably charge $30k more in doing so.)

Interior: Inside is where the money’s at – both literally and figuratively. The rear seating area is quite remarkable as our test vehicle had the Executive Rear Seat Package with folding tables, heated/cooled beverage holders and of course, the reclining seats. A couple options I would NOT need are the $3200 champagne flutes and the $1100 mini-fridge – although they made for great Instagram pictures! When seated in what I like to call the ‘CEO Position’ – the rear seat on the passenger side – you have everything you would ever need from an ultra-luxury vehicle. Virtually everything in the vehicle can be controlled from the rear including the front passenger seat and how far it goes forward. Talk about boss moves! And even though most people would prefer to be driven in a car such as this, I found that the front cabin is just as nice in the front and the experience with the gauges, dials, buttons and ambient lighting makes for an engaging time as a driver. Furthermore, if I were to own a car such as this I would actually get a kick out of people experiencing the rear cabin of the car as I did with countless friends and family members the week I had the Maybach. Needless to say, if you want to stunt, hire a driver for the weekend but during the week you can certainly drive this to and from your plush office. To top it all off, the blue ambient lighting really made the interior cabin feel exclusive and made even a trip to the grocery store an experience. I literally want this in every car I own from now on!

A/V: The electronic system incorporated in the new 2016 Mercedes-Maybach S600 is mind-blowing but at times, overwhelming. With so many options and things to control, there are simply a lot of menus to toggle through. I honestly didn’t mess with many of the features because I was too busy enjoying the overall experience. As with any electronics, spending 30 minutes parked in your driveway will ultimately aid you in learning what you need to know. The Night View Assist PLUS system was really awesome but I couldn’t really think of a time when I would need to use it. The back-up camera system is hands-down the best I’ve used in years, as it’s one of the only systems I’ve ever reviewed that I was able to rely on 100% without using mirrors or turning around. This was certainly helpful as the size of the vehicle makes it quite cumbersome to park in certain situations.

Performance: It’s nothing but smooth sailing behind the wheel of the Maybach. Even though at times the car feels a bit heavy due to its massive size, acceleration is effortless thanks to the bi-turbo V12 under the hood and 7-speed automatic transmission. This car is also the best I’ve ever experience in terms of dealing with road hazards, humps and speed bumps as they’re all diminished into minor afterthoughts.

Floss Factor:  At a modest $205k, this vehicle is an absolute STEAL. Seriously, it costs half what the former Maybachs cost but much more plush and updated. For those in the market for an uber-luxurious sedan, it’s a no-brainer. About the only thing the 2016 doesn’t have compared to the former models is those silly curtains and I’ll take the automatic sunshades over those any day.