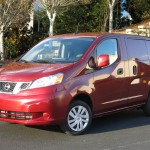 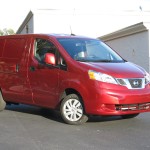 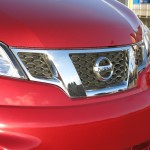 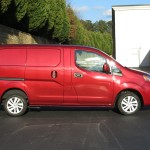 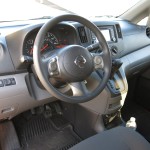 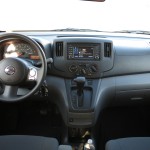 Ten years ago, I paid the bills by installing mobile electronics on the road so I have a special appreciation for work vans and their place in society. The fact that my former work van was a 1980’s Ford Aerostar with a cracked windshield and a bungee cord holding the sliding door together makes me appreciate new vans like the 2015 Nissan NV200 even more.

The stereotypical ‘work van’ seen on the roads the past decade typically has been a 2500 series Ford that gets crappy gas mileage or the more expensive Sprinter that seems to the do job but could also be overkill. However, the work van segment has changed a bit in the last couple years with the birth of the ‘compact cargo-van’ segment with Ford’s Transit Connect leading the pack. Upon first impression, the 2015 Nissan NV200 is actually quite attractive for what it is. Of course, my test vehicle was not white with cheap, black plastic accents. My NV200 was Cayenne Red with the optional appearance package, which includes body-colored bumpers, mirrors and a chrome grille. At a measly $190.00, a business owner would be crazy not to check this box as it really enhances the appearance of this compact cargo van and even adds a certain level of prestige.

The cockpit is pretty basic but that’s to be expected. Typical black and grey plastic consumes the cabin but the 5.8” NissanConnect Nav screen with voice recognition and steering wheel controls certainly made it feel updated. The angle of the back-up camera was a bit limited as it seemed to need an adjustment so backing up was actually a bit of a chore at times because of its odd shape. Of course, the technology package is an additional $1050.00 – good luck on getting not the boss to spring for that one. The cloth seats are comfortable enough with out being too stiff. I could definitely see myself spending hours at a time in them without too many backaches. Thankfully, the NV200 comes with power locks and windows standard which any technician that has to drive a work van on a daily basis will tell you, is an appreciated luxury.

The performance is a bit on the weak side, but I really didn’t expect much from the 131 horsepower 2.0 liter four-banger. It can get out of its own way but sometimes it takes a second or two. Having driven a fully loaded van with product and tools before, I did wonder how the NV200 would do once it was loaded up. I assume my little red van would struggle a bit and the 25-MPG would drop considerably but I could be wrong.

All things considered, the NV200 is a great option in the compact cargo-van segment and if I were starting a mobile business tomorrow it would certainly be my the choice for my fleet.