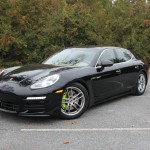 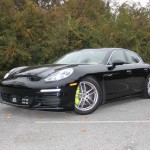 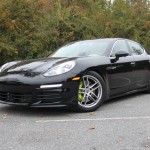 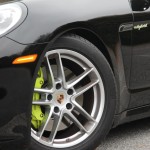 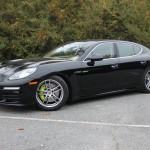 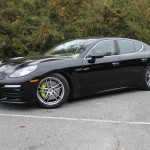 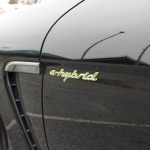 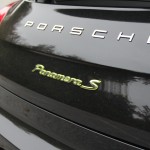 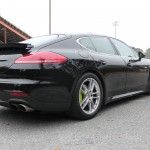 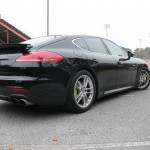 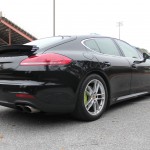 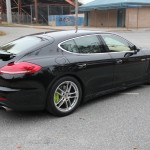 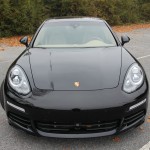 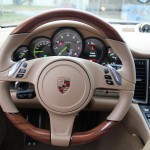 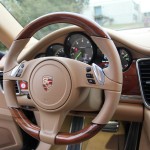 Unlike some Porsche purists, I’ve been in love with the Panamera – albeit from afar – since it first hit the streets almost six years ago. There’s just something so perfect about the fusion between pure sports car and sedan that I’ve always been attracted to. Based on the technology of Porsche’s 918 supercar, the Panamera S E-Hybrid is a plug-in electric car and a hybrid in one. That means that you can simply cruise on electricity or take advantage of the supercharged V6 under the hood. As a Porsche fan and more specifically, a Panamera lover, I struggle with the idea of a hybrid Panamera because one of the main reasons to own such a vehicle is to utilize its performance. On the other hand, if it were possible to retain enough get-up-and-go to do the Porsche nameplate proud while gaining amazing gas mileage, the Panamera S E-Hybrid could quite possibly be the world’s most perfect vehicle.

The exterior of the Panamera is as beautiful as always. The signature Porsche front fascia is gorgeous and unlike most people, I actually like its big-booty rear end so long as the spoiler is deployed. The Panamera S E-Hybrid has unique neon yellow (I called it ‘Volt’ like the popular Nike colorway) accents including the massive brake calipers and logos that could misconstrued as cheesy but I thought it was quite clever considering the Volt color and the voltage it takes to propel the vehicle. Speaking of those neon brakes, I found that for whatever reason people would point and comment on those more than anything on the car and I was never sure if they thought it was cool or just poking fun. The interior is magnificent with tan leather everywhere, a driver-focused cockpit and buttons and controls galore that reinforce the overall luxurious ambiance the Panamera displays.

The driving experience was pretty good but not great. The car felt big and heavy at times and no matter what mode I was in and  the car never felt quick but at times it certainly felt fast. That being said, in Sport mode it has enough power to haul ass on the highway. Unfortunately, seeing that the car essentially has two souls if you will, they tend to conflict with each other from time to time as maybe the car thinks it knows which mode the driver would like to be in but it completely misreads the situation. Also, it does a funky thing on hill stops where it shuts off and pauses even when you depress the accelerator almost as if you stalled out a manual transmission vehicle. I would hope I could get used to things like that with such an amazing car, but it could start to get old after a while.

So is the Panamera S E-Hybrid truly best of both worlds or is it a jack-of-all-trades but a master of none? Well, I think that this type of technology is the future and the only true compromise between performance and fuel economy so the Panamera S E-Hybrid gets an A- in accomplishing everything it set out to do and I can’t wait for a couple of the bugs to get worked out.