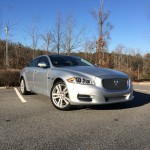 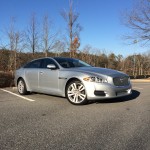 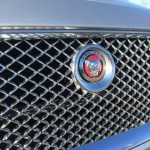 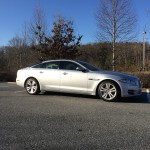 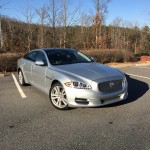 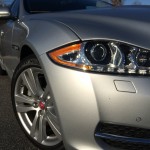 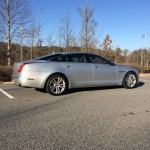 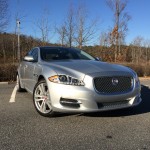 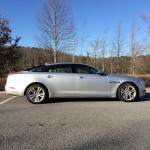 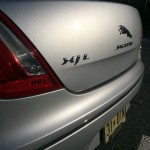 When it comes to high-end luxury cars, Jaguar seems to have found the perfect harmony between luxury, performance and styling. The 2015 Jaguar XJL Portfolio AWD is no exception as it covers every base and blows expectations out of the water.

Although this body style has been around for a few years and had mixed reviews at first, it seems that maybe the XJ’s aesthetics were just ahead of its time. The longer-wheelbase XJL is simply sexy from it attractive front fascia to the sweeping C-pillar and even the rear is nice to look at as well. Rarely is a car’s exterior absent of a weak spot and the XJL simply does not have one. And with its uncanny looks, you also get a car that stands out amongst its $100k sedan competitors as the others simply fall short parked next to the XJL.

Everything about the interior is just right. The driving position is perfect, there is touches of chrome and wood but not too much and not too little. Some luxury cars like to overload you with opulence, which in turn makes it seem as if they are trying too hard yet the Jaguar XJL confidently gives you just enough. The digital instrument cluster never gets old as it produces an animated start-up image upon ignition and then settles back into your standard gauge cluster afterwards. The infotainment system is fairly easy to use although I’d like to be able to get to some of the controls with a few less actions. The funny part about that is, when scrolling through all those screens you tend to appreciate the car and its options even more.

Although the XJL is a long, large vehicle it certainly does not feel like it when behind the wheel. It’s actually quite mind-boggling when you think about how much of a sports car the XJL feels like. And even though this particular model has a V6 under the hood, the fact that it is supercharged and pumping out 340 HP proves it certainly does not lack performance, even in such a large vehicle. What that means is that you don’t necessarily have to purchase the V8 versions of the XJL to enjoy it. Oh, and the supercharged V6 will also help quite a bit in the fuel efficiency department which aids in justifying the purchase of such a ride. The 8-speed automatic transmission makes for a silky smooth commute in any condition. Whether you’re romping down on the gas pedal or simply accelerating through traffic, the tranny never skips a beat. In addition the drivetrain, the suspension has a nice blend of comfort and performance even in the standard driving mode.

The 2015 Jaguar XJL Portfolio AWD has an as-tested price of right under $90k which is more than fair as you get much more for your money compared to some of the XJ’s competitors. I also like that every option outside of the seat massagers and illuminated door sills come standard so my as-tested price was very close to the base MSRP. Again, another attribute I found quite rare in the luxury car segment.

After reviewing the XJR earlier this year (the car in which I still dream about every night), the F-Type V8 convertible and now the supercharged V6 XJL, I’ve come to the conclusion that Jaguar has become my favorite luxury brand of 2014. Jaguar has proven time and time again that – at least on the higher end – they produce the best pound-for-pound luxury vehicles in the game. Props!