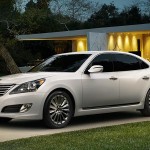 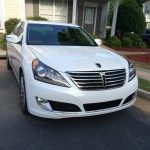 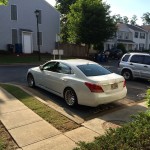 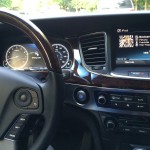 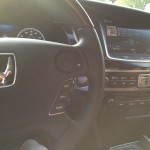 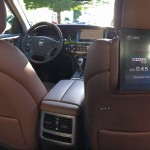 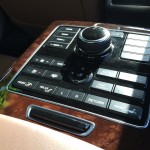 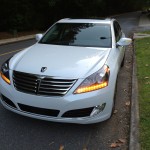 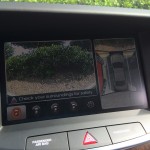 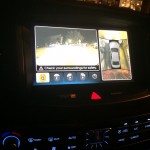 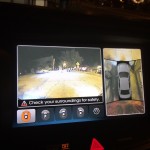 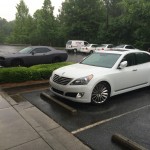 Earlier this Summer when my 2014 Hyundai Equus test car arrived, I spent the first ten minutes walking around it attempting to pinpoint all the cars that could have influenced the Equus’ styling. Here’s what I came up with: Mercedes-Benz S-Class, Infiniti M35, Lexus LS 460, Toyota Avalon, Honda Accord and Buick Lacrosse. So it’s not that the Equus lacks attractive exterior styling, it just may lack identity and originality. That being said, the car is still very attractive, yet looks as if it were an aging model waiting on a re-tooling.

But with a car like this, perhaps it’s what’s inside that counts more than anything. The interior is is simply awesome from front to back with plush leather and wood galore. The cockpit is classy and has just the right amount of gadgets without feeling overwhelming. And as you can see in my iPhone pictures above, I really got a kick out of the multi-angle camera system as it definitely came in handy at times and is much better than other automotive brand’s attempts at that technology. And as fresh as the front cockpit is I would imagine the businessman who owns an Equus probably spends most of his time in the rear. Reclining with your feet up as you control the car’s infotainment system on one of the rear’s 9.2-inch display screens certainly makes you feel like a boss.

Coupled with the plush interior, the driving experience is quite enjoyable as the 5.0 V8 certainly packs a punch. In addition to the power, the 429-HP V8 has a nice little exhaust note that reminds you it still houses eight healthy cylinders under the hood. The air suspension ensures your travels are always comfortable regardless of the conditions and of course the cabin stays coffin-like quiet when in transit. Every day behind the wheel of the Equus is an enjoyable one and you start to realize that maybe an amazing interior and impressive performance justifies the purchase.

Unfortunately in America, when you’re spending upwards of $70,000 on a vehicle that is competition with the big boys of the segment, you surely don’t want your ride to be a bland bystander and the Equus seems to fall into that category. If you’re going to opt for something other than German or Japanese, it better make a statement. Thankfully, Hyundai nearly has the formula for producing a quality luxury vehicle perfected and I think if they just dare to be a bit more bold on the exterior with the next generation Equus (if there is one), they could really shake things up in the luxury car game.