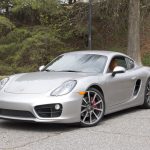 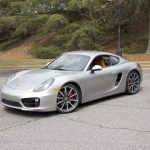 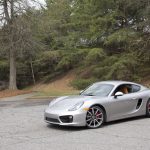 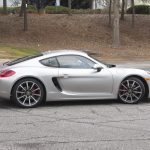 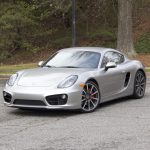 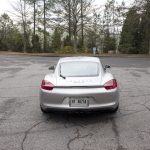 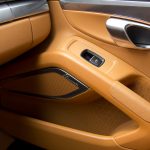 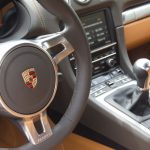 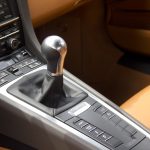 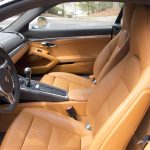 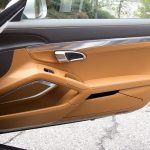 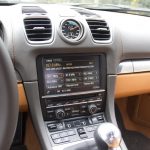 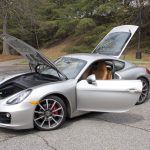 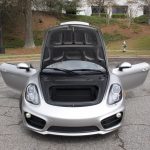 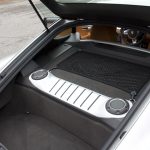 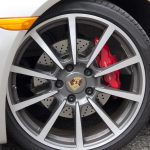 I’m one of the rare automotive journalists who reviews vehicles for a living that only grew up around a handful of Porsches but always had an admiration for the German sports car from afar. My Porsche passion began after eyeballing my neighbor’s Guards Red Porsche 944 Turbo as a young child. The local weatherman on tv also drove a 911 turbo (930) that I obsessed over. That being said, I was pleased that my first official Porsche driving experience was in the 2014 Porsche Cayman S. Admittedly, before driving the Cayman my ignorant disposition leading into this review was that the Cayman was the 911’s little sister and the ‘cheap’ Porsche. That being said, I couldn’t have been more wrong as I absolutely fell in love with the Cayman S.

The exterior is breathtaking, even in the more modest Platinum Silver Metallic hue my test car adorned. In contrast to the 911, the Cayman almost looks more comfortable in its own skin. All the lines seem to flow as they should and nothing feels forced. Every angle is stunning from the sexy rear bumper to the side inlets to the perfectly perched 20-inch Carrera wheels. The interior was exquisite, comfortable and functional. The brushed metal appointments blended effortlessly with the amber orange leather interior. Even though this is a sports car, there is certainly a luxurious ambiance within the cabin.

The six-speed manual transmission was smooth and effortless to control. Every gear seemed to have just the right balance of power and I never found myself getting stuck in a gear that wasn’t optimal. It would have been nice to give the famed PDK transmission a run as well – maybe next time. Driving it around town you find yourself going the long way in search for an extra curve to carve or straight-away to romp down upon. On top of the perfect balance of performance and handling, the gas mileage surprised and impressed me as I got around 20 MPG with quite a heavy foot.

The only knock on the Cayman S is that even though it’s one of the best handling and most exhilarating vehicles on the planet, its base price of $63k is far from my as-tested model which was right under $90k to be exact. Now, there were some options I could certainly do without but if you have the dough, by all means option your Cayman out to the teeth! Just let me borrow it once in a while.