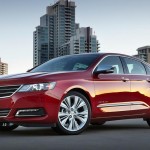 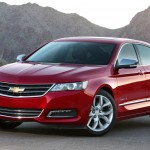 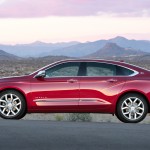 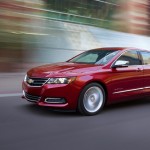 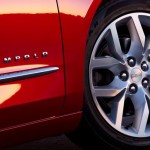 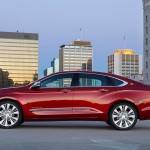 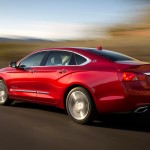 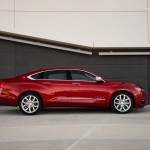 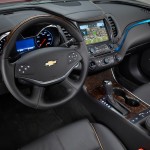 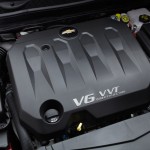 Some say the 1996 Chevy Impala SS was the last true Impala as the eighth and ninth generation were a front-wheel drive letdown ultimately reduced to a fleet car you only abuse use when traveling on a business trip or to your son’s out-of-town basketball tournaments. The Impala of recent years has been known for cheap plastics, lack of useful amenities and bland exterior aesthetics but it seems times have changed. The 2014 Impala re-writes the book for Chevrolet and as a person who previously owned a 1996 Impala SS and grew up in a GM family, I couldn’t be more pleased.

When the ravishing red (Crystal Red Tintcoat) 2014 Impala LTZ showed up at my office I was initially glad because I had a weekend trip on the horizons and assumed it would be a suitable vehicle to accrue some major mileage. On the outside, the new Impala is breathtaking. The front fascia is mesmerizing with its sharp edges, crispy chrome and European-inspired LED lighting. The side profile doesn’t miss a beat, either, as the Impala boldly boasts some sexy lines and creases. When the first photos of the 2014 Impala were released, I recall grumbling about it just being a Buick with a Chevy emblem and although the Impala obviously shares a platform with the Lacrosse, it definitely has its own identity as a Chevy. This is one of the only sedans at this price point that looks good from all angles, period.

I was a bit apprehensive before climbing into the cabin as my primary gripe regarding the Chevy of late is the sea of bland plastics and dead space usually prominent in the interior. Sliding into the driver seat I was pleasantly surprised to find none of what I dreaded was present. Not only were there no blank plastic panels but everything was covered in some type of material and even though it was faux leather, it didn’t matter. All the pieces of material are neatly conjoined by multiple layers of double-top stitching and chrome – it was a breath of fresh air. Also worth noting, the Impala had plenty of storage space and it’s obvious Chevy put some thought into what people actually store these days as my brother demonstrated he could perfectly fit his iPad, wallet and phone in the door panel. The MyLink system is intuitive and for the most part, is the best system I’ve used this year across all brands and price ranges. The Navigation is hands-down the best as you can type in addresses as you do on your phone as opposed to singling out the street, the street number, etc – and it’s very accurate. The only problem I had encountered was while playing music on my iPhone 5 as at times, it wouldn’t display what was actually playing but I wrote that off as a compatibility issue. The leather seating is comfortable and the heated/cooled seats certainly got put to good use. Of course I’d love to have a bit more bolster on the seats but I can imagine most people that buy an Impala don’t.

Daily driving the Impala is uneventful by design and relaxing. From light-to-light, the 305 HP V6 doesn’t do much but still gets the job done. On the highway, the Impala shines as everything is effortless and smooth. The only thing you really need to worry about is the speedometer as it tends to slowly creep up on you if you don’t set the cruise control due to the calming ride and ultra-quiet cabin. If you’re a person that has a hefty commute or spends a lot of time on road trips, the 2014 Impala is a no-brainer and for everyone else, it’s a quality sedan that will ensure your daily commute is an positive one.