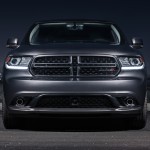 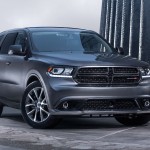 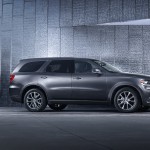 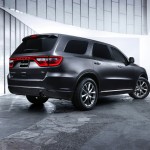 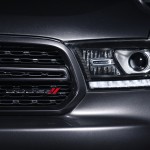 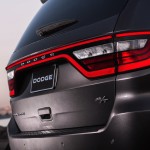 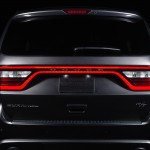 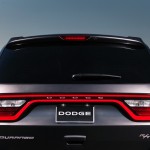 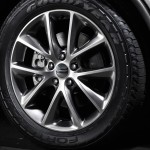 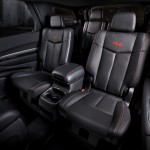 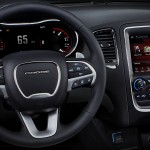 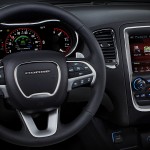 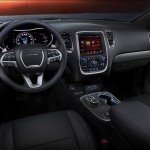 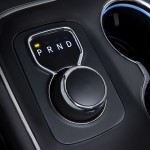 Back in 2004 when I was still in college, chasing tail—lots of it, that’s really all we did—the next party and trying to wake up for class, my roommate had a Dodge Durango that we used for everything. And we loved it. It was always the go-to transportation vehicle for off-campus romps and was aptly nicknamed ‘the party wagon’ and for good reason. If those seats could talk…

Those years in college was the last time I was in a Durango, and though I missed the thought of the SUV, the actual driving, available space and amenities were nothing to write home about; or make me pursue what I’m doing now. It was an essential unit to get from Point A to Point B. The new, Ron Burgundy endorsed, 2014 Dodge Durango makes a serious attempt at upping their SUV game to compete with trucks well beyond their price point.

Let’s talk about the looks of the new Durango: It’s sinister looking without feeling bulky. The way Dodge sculpted the front end allows it to seem lower without the normal tried and true stance of an SUV that often seems stepladder high. From the signature crosshair grille to the full-length Charger-inspired rear LED lights—192 LEDs combined to make it one seamless unit—the Durango is a totally different truck than what it was. It’s a transformation that most people can get behind. With our test model in a granite crystal metallic with blacked out 20-inch wheels, the contrasting color combination created a menacing look. The old Durango looked a bit…disfigured when looking at this svelte update for comparison.

With our R/T model, which included a bunch of standard features including the 5.7L Hemi, there’s so much more connectivity available from the standard 8.4-inch Uconnect compared with the last generation’s headunit that it makes long drives go by in a flash. With the optional UConnect package including navigation and HD Radio at a very reasonable $400 up charge, there’s really no reason to skimp on the feature. Only problem I had was the navigation was taking us on some seriously long detours. With every option clicked to make the journey the quickest, the nav still wanted to take us its way.

Piloting the Durango to a Philadelphia Eagles game (and being a NY Giants fan), the Durango kept us entertained and also nicely equipped while there. Two girls in the back, crappy Eagles’ fan in the front, food, blankets, libations and other tailgate supplies in the rear and still room to spare for the sorrows of the losing Philadelphia crowd when we drove back from the stadium. The newest Durango is quiet, comfortable and smooth. With the 8-speed transmission there’s never lag (slow feeling of acceleration) and optimal gear selection when either on the highway or the local roads. Plus, the fact that Dodge designed a rotary shifter on the center console, it makes us feel as if we’re in a much more expensive car, i.e. Jaguar. The 7-inch TFT display behind the steering wheel offers the driver the ability to customize many of the driving features, displays and operation of the Durango for a better user experience. Just make sure you’re stopped when doing so, there’s a lot of options to play around with.

Though, with an 8-speed transmission and cylinder deactivation, we wish we saw better fuel economy numbers. We got around 19 highway, which is outside their 23mpg estimate, but we do have a tendency to drive faster than the allowance of 40-60mph for the engine to deactivate down to a 4-cylinder. It’s a very specific range that we wish would be increased.

Overall, the 2014 Durango was a surprising drive. I had gotten into the driver’s seat thinking it would be an incremental improvement over what my experiences were many years ago. Just like how I’ve changed, the Durango has changed (hell, even Dodge in general) for the better. It’s become an SUV I’d consider over many other more expensive SUVs (Mercedes, BMWs, etc.) because of the value you can get with this American-made beast. The days of getting from party to party are over, but the love affair with big SUVs isn’t and Dodge’s big boy made me realize why.