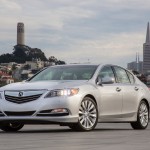 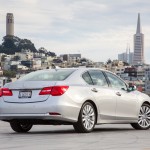 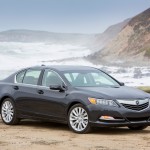 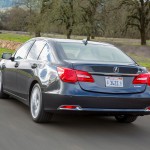 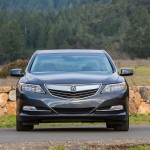 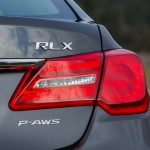 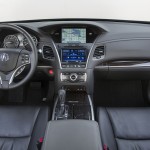 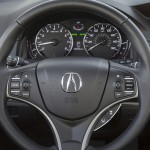 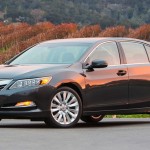 Look, we don’t all need a car that can lay rubber like chickens lay eggs and dish out powerslides at will. In fact, not only do the vast majority of people not need that—they don’t even want it. Just like the Marines, stuntin’ is for the few and the proud. And there’s nothing wrong with desiring a whip for other reasons. A smooth ride, high-end technology, a kickin’ stereo, good fuel economy, a quiet and roomy interior—they’re all solid traits to desire in a new car.

And these are exactly the sort of traits the Acura RLX brings to the table. It’s not one of those cars where you’ll see ads raving about how it was “tested on Germany’s infamous Nürburgring race track” or how it’s “faster from 0-60 than a Porsche Boxster.” But that’s a legit move, and a solid one from a business sense. These days, it seems like everybody’s trying to talk about how fast and how hardcore their luxury sedans are—in spite of the fact that most people will never come close to running their rides like race cars. That’s not the RLX’s style, though. This is a more old-school style of luxury car, one whose primary concern isn’t elevating heart rates, but lowering them.

Seriously, climb into the RLX’s cabin and hit the streets, and you can feel your pulse slow. It’s serene in there. Road noise is distant, the ride smooth as the perfect ice balls at a hipster cocktail bar. The seats—swaddled in soft Milano leather, which is not as delicious as it sounds—are so comfortable, you’d be happy to have them in front of your TV (though your living room chairs presumably don’t heat and cool your butt). 14 speakers’ worth of Krell audio system produce the cleanest sound you’ve ever heard from a stock automobile stereo. It’ll blare Metallica or Rick Ross if you want it to, but it seems so much better suited to a nice Rachmaninoff.

All that isolation isn’t to say the RLX is completely inert from behind the wheel. Honda still knows a thing or two about how to build a car that’s fun to drive, and while the RLX may be as quiet and smooth as a Buick or a Lexus, it’s a more rewarding drive. The steering is light and a tad overboosted, but offers good road feel. The Precision-All Wheel Steer system—a.k.a. P-AWS, an acronym that’ll make the RLX hot among the LOLcat set—turns the rear wheels a couple degrees under certain conditions, which lets this Acura cut surprisingly tight turns. That’s not journalistic hyperbole; I tossed the RLX into a turn only to find my line tighter than I’d expected more than once. Front-wheel-drive will never be as dynamic as rear- or all-wheel-drive, but this luxo-Honda does an eyebrow-raisingly impressive job of trying to make up the difference.

P-AWS isn’t the only electronic system designed to “help” the driver, either. Adaptive cruise control, lane-departure correction, a collision-avoidance auto-braking system and the so-called Agile Handling Assist system (which gently brakes the inside wheels in corners to help the car turn faster) are all also there to help the driver do what, ten years ago, he or she would have been expected to do by him/herself—drive the car. But such electronic wizards are the name of the game in the car world these days, as we race ever-faster towards the inevitable self-driving car, and at least Acura’s versions of all these systems are smoother and more delicate than most. The RLX also scores the usual complement of interior electronic features, from voice control tech to a dual-screen infotainment system controlled by a combination of hard buttons and touch screen. The infotainment system is about average for luxury cars these days—a little confusing at first, but given the number of different tasks its handful of controls are responsible for (navigation, AM/FM radio, SiriusXM satellite radio, iPod playback, Pandora streaming, cell phone controls, general car settings, and probably nuclear missile launch), the complexity’s understandable.

Clean and classy seems to be Acura’s rule these days when it comes to styling. Every luxury car company these days seems to be striving to make all their cars look as much alike as possible—witness the Lexus, BMW and Audi lineups—and while Acura’s following this trend as well, at least their corporate face is sharp. The RLX is an elegant-looking car from pretty much every angle, which is more than you can say for a lot of cars these days.

But all this luxury comes at a price—in this case, the actual price. Loaded to the gills, the Acura RLX Advance I tested rang the register at $61,345. Which seems about right for cars of its size and price—the Audi A6, the Mercedes-Benz E350, and so forth. But…here’s the sticky wicket, as they say. The RLX isn’t all that different from its Honda Accord cousin, once you strip off the extra sound-deadening and rear-wheel steering and Acura-tuned suspension. It’s a little longer and roomier, but only by a couple of inches; it’s a little more powerful, but not so much more so that you’d be likely to notice. A fully-loaded Honda Accord V6 Touring—complete with a dual-screen infotainment and navigation system like the RLX, all-LED headlights like the RLX, adaptive cruise control like the RLX, not to mention heated leather seats, a backup camera, and more—goes for $34,220. In case you don’t have a calculator handy, that’s $27,125 less than the RLX Advance, and $15,125 less than base RLX—which doesn’t even come with navigation.

Then again, for the average potential Acura RLX buyer, a Honda Accord pedigree probably isn’t a downside—it’s an advantage. They might have owned an Accord or three before they made it big, and they probably liked it (how could you not?). Tell them they can buy a bigger, better-looking, more luxurious and tech-laden Accord, and they’ll probably ask where they can sign. Like I said—not everybody needs to stunt hard. And for those who don’t, I give you the 2014 Acura RLX.