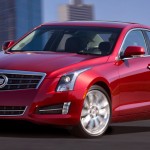 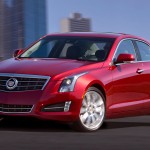 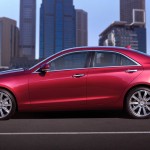 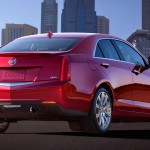 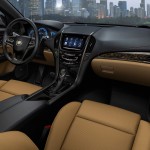 Cadillac’s been chasing greatness for the last decade, cranking out one new model after another, designed to earn public respect (and to make us forget about all those decades of weak-sauce product). But while Escalades are dope and CTS-Vs are fly, to really succeed in the luxury game, a car company needs a solid entry-level sedan. Audi has the A4, Benz has the C-Class and, of course, BMW has the near-legendary 3 Series—and it’s the Bimmer that Cadillac has set its sights on with the all-new ATS. The ATS is almost exactly the same size as the 3 Series, which means that while it’ll fit four adults, they’ll only be comfortable if they’re all under six-foot. The ATS’s engines pack similar punch to the BMW’s motors (except for the base ATS’s 202hp inline-four, but that’s best left for the rental-car agencies), and like the Bimmer, it’s rear-wheel-drive standard, all-wheel-drive optional.

Cadillac made no secret of locking onto the 3 Series with the ATS, and instead of aiming for where it was weakest, they decided to take the fight to where the BMW is strongest: its handling. And by God, they pulled it off. The Caddy’s chassis is taut and strong, the suspension sporty without being harsh. It’ll stick with the BMW through the turns and feel just as good from behind the wheel. That’s not just good news for Caddy buyers—the new platform that the ATS is built on will likely be used for the next-gen Camaro, so Chevy buyers can share in the love.

The ATS also brings some real attractiveness to the compact luxury sedan arena; where most of its competitors are politely appealing, the Caddy is downright sexy in comparison, all creases and curves. The guts aren’t left out when it comes to visual appeal, either; it’s as stylish and futuristic in there as the set of a starship’s bridge, an impression that’s pushed further along by the buttonless CUE control system on the center console. If style’s what you’re after, the ATS will give you your fix.

Admittedly, the CUE system can be a bit tricky at first, but once you’re used to it, you’ll be hooked on its simple, clean layout. But if the ATS has a weakness, it’s what’s under the hood—at least on our model. The V6 has suitable punch for the job, but it’s still a GM six, with none of the inherent smoothness or all-around punch of BMW’s supremely sweet turbocharged inline-six. The ATS’s new turbo four might be a better match—especially when hooked up to its optional stick shift. We’ll just have to try it and see…

Interior: The proof of a luxury car is in its interior, and the ATS lives up to its price tag. We’re not used to seeing American cars with guts this nice.

Floss Factor: You could tell your friends and family all about this whip’s world-class handling dynamics—but it’s so much more fun to show them personally by flooring it on a cloverleaf on-ramp.

Flaw Factor: Hope you don’t have any grown friends who need to sit in back, because legroom is t-i-g-h-t. Not in a good way, either.