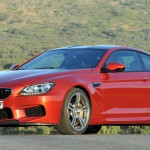 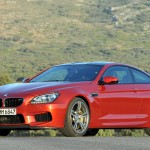 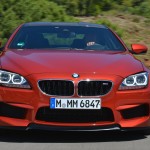 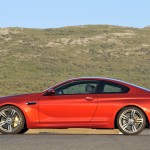 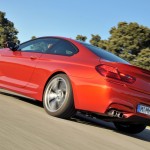 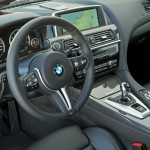 Know what BMW stands for? Bayerische Motoren Werke. Or, in English, Bavarian Motor Works. “Motor” is literally BMW’s middle name, so it’s no surprise they’ve always taken them seriously—and the V8 engine under the hood of the M6 is no exception. The 4.4 liters of displacement, the twin turbos and the best engineering Germany has to offer all combine to make a motor that cranks out 560 horsepower—and a maximum of 500 lb.-ft. of torque along a curve as flat as the hardcourt. Combine that with a seven-speed dual-clutch gearbox that can slam between gears in less time than it takes Usain Bolt to leave the room after he farts, and you’ve got a whip that’s nearly as fast as a Ferrari, but a lot roomier and more comfortable.

Style-wise, though, it doesn’t quite live up to Ferrari standards—or a lot of other cars in its price and performance range. It ain’t ugly by any stretch of the imagination, but it comes up a little vanilla next to the likes of the Porsche 911, the Nissan GT-R or the Mercedes-Benz C63 AMG Black Series. Styling’s subjective, though, so if you prefer your 500-plus two-doors with more class than flash, the M6 might be right up your alley. (There’s also a ’vert version, if you prefer that sort of thing.)

Inside, the M6 will look pretty familiar for anyone who’s sat in any of BMW’s current models, with most of the functions controlled by the iDrive controller and widescreen display in the center console. The thick leather steering wheel feels weighty in your hands, like a Beretta 92 with a leather-wrapped grip, and the shift paddles behind it are perfectly situated in case you want to bang off gear changes manually. (Not that you have to; the transmission can be adjusted to automatically shift fast enough for a racing driver or slowly and smoothly enough for a driver’s-ed teacher.) There’s a bit of a learning curve, but once you’re up to speed on BMW’s interior language, you’ll be working the controls like a boss.

The BMW M6 is a fine ride for anyone who wants something fast and comfortable. But if there’s one fly in the M6’s soup, it’s the car’s four-door brother, the M5. The M6’s muted appearance means its one big advantage over the M5, style, is worth a lot less than it used to be, which lets the cheaper and roomier M5 leap ahead of it in our book.

Interior: If you plan on using the rear seat just for storage, the 6 Series interior is about as luxurious a place to be without upgrading to Bentley status. Perfect for a long trip with your girl.

Exterior: The guy writing this happens to think the M6 looks like a German luxury Camaro—which is to say, badass. Others at RIDES disagree, but hey, they ain’t writing the review.

Floss Factor: If you don’t find the kick this whip packs entertaining, no legal remedy can help you.

Flaw Factor: Be prepared to be judged. There are plenty of people out there who have certain negative assumptions about anyone driving a $100K BMW.