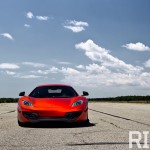 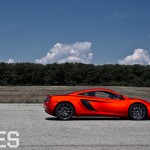 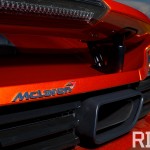 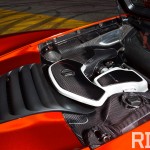 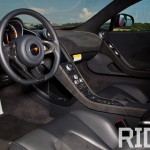 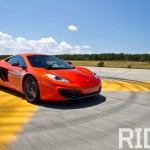 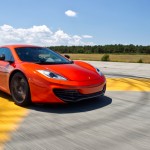 The McLaren MP4-12C isn’t perfect; it’s a 99 percenter. Perfection is a relative term in the world of supercars. They’re “super cars” literally and figuratively, and about as close to a perfect car as you can get. However, they’ll usually break your back thrashing around daily. But with the MP4-12C, McLaren has developed a car that is proof that if anything can be considered the ultimate supercar, this is it. It’s the future.

There’s so much tech in this 3,161-pound carbon-fiber, aluminum and magnesium amalgamate that it begs you to research the build process and the intricacies behind it. While we won’t get into all of it here, McLaren builds this car with the most exacting standards in the world, and with a quick critical eye over the whole car, you’ll see why. Stitches are perfectly sewn; the steering wheel falls into place around your mitts like your hands were their archetype; and the body seems to be designed from all your childhood dreams of what an automobile should look like. It’s magic.

It drives like it’s under a spell, too. Think, look, twist the steering wheel, gas and you’re there—all without the slightest interruption of your thoughts. It’s almost as if you’re just an avatar for its skin, which seems to wrap around you. It’s almost too good at perceiving your every thought, practically before you do. With three different transmission, suspension and vehicle dynamic modes—Normal, Sport and Track—the MP4-12C changes its character with the flip of a toggle and can go from subliminal to sublime. If you’ve ever wanted to know what “beast mode” is like, switch it to Track and hold on, ’cause your senses will need some time to react to the altering of space around you.

Propulsion is provided by a gold-encrusted, diamond-powered rocket motor. Okay, maybe no gold (as in the original McLaren F1) or diamond is used in this McLaren, but the engine is a jewel. The 3.8-liter aluminum twin-turbo V8 will rev to 8,500 rpm and spit out an outrageous 592 horsepower with a snarl that’ll put your lady’s panties on backward during full-throttle upshifts. Nearly imperceptible shifts occur from the seven-speed dual-clutch gearbox when in Normal mode, but switch to Track and you’ll feel every horsepower and every shift throw you back in the sculpted bucket seats. It’s the best example of contrasting personalities in a car we’ve ever come across; “dynamic” is a word the MP4-12C does not fall short on.

Now, what does make this McLaren fall short of being perfect is that it doesn’t let you loose—literally. No matter how hard we tried, whether it was going into turns at triple-digit speeds or trying to do doughnuts, the McLaren just wants to grip. In other words, you can’t upset the car even when the traction control is “fully off.” With a combination of advanced electronics and “brake steer” (applies brakes to offset wheel spin and understeer), the “electronic nannies” interfere far too often to let loose and allow the car to be 100 percent natural. Basically, the McLaren MP4-12C throws up two middle fingers at physics and says, “Read ’em and weep.”

After spending time with the MP4-12C, it was hard to give it back. Okay, the lack of being able to fully drift at high speeds or do doughnuts was disappointing, but that’s obviously not what this car is about. It’s made to be driven every day and turn into an animal at the flip of a switch, which it does perfectly. If you want an almost perfect car, this is it. Too bad you need to be part of the one percent….

Interior: Placed in the center of the car, with a perfectly placed and molded steering wheel, everything you need is within perfect arm’s reach.

Floss Factor: When braking at high speeds, the spoiler turns into an airbrake, slowing the car down substantially faster.

Flaw Factor: It may have just been our model, but the Nav and the sound system weren’t intuitive, unlike the rest of the car.

[For behind the scenes footage from the McLaren test drive peep the video here!]