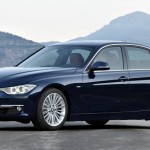 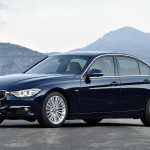 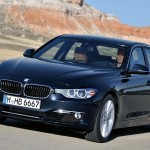 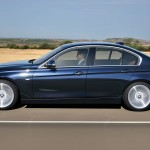 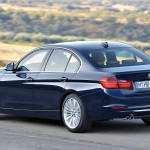 Ever wonder if there’s a perfect car out there for you? Not necessarily your dream car but your perfect car—a car that matches the wants and needs of your life to a T. The car that’s exactly what you should be driving right now. That’s the BMW 328i—at least, it is for this writer.

The new 3 Series is good-looking and stylish enough to draw an appreciative word from stylish women and knowledgeable car guys, but it isn’t flashy enough to bring haters out of the woodwork. It’s roomy enough to fit four people but still small enough to parallel park with ease. And while it may not be as fast as its big brother, the M3, the 328i is about as fun to drive as a car in the less-than-$50K price range can be. It’ll fly up and down winding mountain roads like a sports car—but it’ll also cruise along the highway as serenely as any luxury ride. It is, after all, a BMW.

The big news about the new 328i, though, is also one of the best things about it: the turbocharged 2.0-liter inline-four sitting under the hood. While 240 horses and 260 lb.-ft. may not sound like much, it feels like plenty more when you hammer the gas, given the car’s small size and the engine’s wide power band. It accelerates hard enough to let you blow by most other cars on the road. And where, normally, having this kind of go would come at a cost when it comes time to fill up, this Bimmer lets you have your cake and eat it too; the government says it gets 33 mpg, but we saw better than 35. And for us, that’s pretty damn close to perfect.