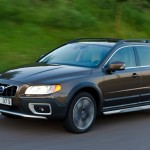 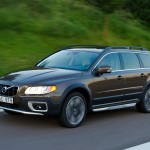 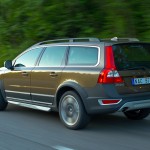 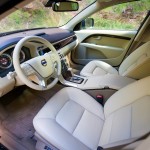 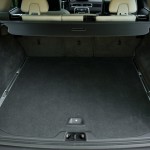 Understated, looked past and often underappreciated, Volvo doesn’t get as much love in the automotive realm as other European big-dog brands, at least here in America. Maybe it’s because Benzes, Bimmers and Bentleys are so occupied in the Hollywood and baller arena that errrybody is following trends. Well, be a trendsetter! Okay, maybe you won’t start the next big wheel movement, but the Volvo XC70 will have you stating the fact that you’re taking your own road.

And take your own road, you can. Though this Volvo might look like it’s made for light-duty on-road tasks, you can actually frolic in the woods and—with the exception of serious off-road trails—get from point A to point B while also trying out C. This crossover comes equipped with optional AWD, which, with the added ground clearance, makes 90 percent of the (land-covered) earth accessible to you.

With plenty of power from the turboed six, there’s no lag, so to speak, when it comes to getting and going. However, you’d think it would have better mpgs, ’cause your right foot is going to get heavier and your wallet lighter.

When you’re driving the XC70, most of your time will be spent inside the cabin, where all the luxury appointments are. Volvos have their own quirkiness to them, and it’s easily noticed once inside; things are just…different. But it’s a nice departure from other brands. It’s cleverly laid out and intuitive, though not overly involved. You won’t get this cabin confused with any American or German brand, but you’ll know you’re doing your own thing, and so will everybody else.