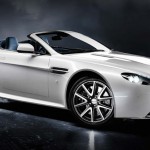 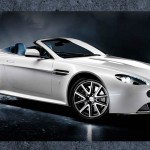 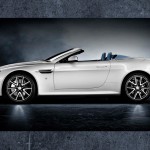 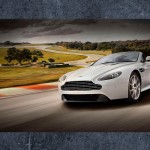 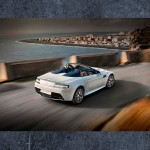 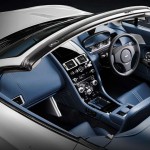 How does James Bond always get invited to those ballin’ parties and millionaires’ card games? You think he has MI6 call ahead and make up some kind of cover for him? No way, son. He just pulls up in that Aston Martin and he’s golden. The people throwing the world’s best parties know that having those plans for world domination blown is a small price to pay for having an Aston sitting out front when the guests roll in. In fact, Aston Martin ought to just call their next car the “All Access,” because there’s no door this whip won’t open. It’s a Rolex Daytona, a Gulfstream G550 and a bottle of Johnny Walker Blue all rolled into one—the ultimate symbol of money and power. The Vantage may be the least expensive of the Aston range, but it’s not lacking in visual appeal. This ride couldn’t floss harder if it had a spool of Oral-B’s finest mint waxed woven through the grille.

Move inside and, just like San Diego, it stays classy. The gauges look like high-end timepieces, and the tachometer actually runs in the opposite direction to other cars for extra flair. The leather seats are works of modern art. The key is a slab of glass—just pop it into the slot between the dash-mounted buttons that control the gears, and the engine comes to life. Oh, and the noise it makes…let’s just say that while we’d been hoping Aston would give us a sexy coupe, one run in a tunnel made us drop-top Aston fans for life.

So why did we rate this dream machine a five out of six? As it turns out, the Aston doesn’t quite deliver the drive its style (and $150K+ price tag) led us to expect. The seven-speed sequential manual is old technology—most of Aston’s competitors have moved to smoother, faster dual-clutch transmissions—and it clunks through the gears like it’s just learning to drive. The throttle pedal’s travel is as long as a Stephen King novel, the modern-art seats are uncomfortable, and that dope counterclockwise tach actually does a poor job telling you how fast the engine’s turning.

But sooner or later, every drive ends, and you’ll have to climb out and walk away—at which point you’ll look back and remember why you bought this whip in the first place. This sports car is all about style, and if you’ve got the green, sometimes pure style is what you want.

Interior: We wish the radio’s 2002-spec display was more in line with the rest of the 2052-spec insides.

Floss Factor: No matter where you live on this planet, this car will get you laid.

Flaw Factor: Don’t try to raise the top on the move—it’ll go halfway up, stop, then refuse to move in either direction until you stop the car, turn it off, remove the key and then turn it back on.