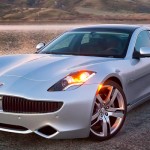 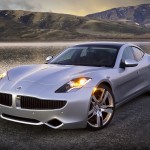 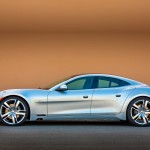 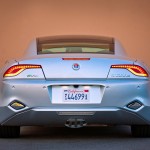 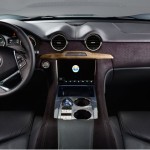 It’s not every day a new car manufacturer appears out of thin air to instant success, but Fisker is here to show what’s possible in today’s economy, staring all odds in the face and saying, “Piss off.” An American company, Fisker Automotive is Henrik Fisker’s dream, and with $800 million in private funding and some help from the Department of Energy, his dream has become a reality.

The car is visually stunning—after all, Fisker also brought us the BMW Z8. The Premium Luxury EV (electric vehicle) segment is currently held down only by the Karma. With two electric motors powering each rear wheel, it can travel 50 miles on battery power alone and is fully charged in six hours, so depending on your commute, you can get by without ever stopping for gas. But if you’d like some extra juice, switch the Karma from Stealth mode to Sport and a two-liter gas engine sends energy to a generator that boosts the electric drive motors—though the Karma feels better in Stealth.

The exhaust note of the GM-derived four-cylinder turns the driving experience from classy to classless. The interior is the opposite of the exterior; it’s gaudy and overdone, and it proves that with new-age high style comes a loss of utility. There are no control knobs for the onboard computer, and even with time to spare, it’s still a bit of a chore to change the radio station. In the EcoChic model, all materials are animal-free, but you’ll want the leather (it costs less, too). The aluminum space-frame chassis does a great job of hiding the car’s 5,500-pound curb weight, though. And yes, the Karma tips the scales like a Chevy Tahoe, making the 959 lb.-ft. of torque feel more like 250.

For a car that prides itself on its commuting prowess, the worst time to be behind the wheel is in stop-and-go traffic. The Karma shutters and vibrates, slowing to a stop or just releasing the brake. The experience is like sitting in a coin-operated massage chair, except it costs 100 Gs and doesn’t come with a happy ending. Granted, the Karma is probably the most beautiful car to be released in the last decade, but good looks rarely make up for a lack of personality or fun in the sack.

Interior: The touchscreen command center is hard to use, and there is no center cubby for your cell phone or wallet. Instead there’s a glass shelf with embedded magnolia leaves, paying a cheesy homage to being eco-friendly.

Exterior: With a long hood, a bit of a French mustache grille, piercing headlights and smooth yet aggressive lines, the Karma is undeniably sexy. It’s so good looking, it almost promises to cause an accident.

Floss Factor: It looks like nothing else on the road; even in Hollywood, people will stop to take pictures.

Flaw Factor: Strange noises and the annoyance of a shaking car in traffic really kill it—and not in a good way.