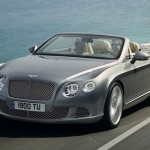 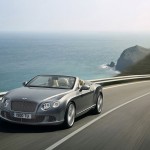 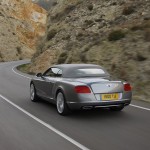 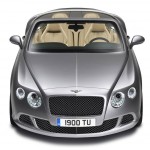 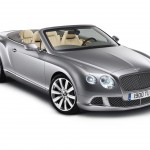 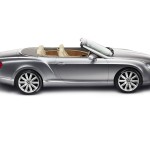 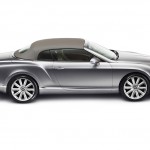 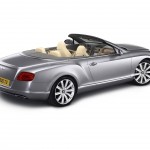 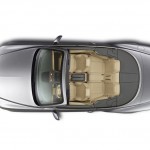 After you’ve been issued trays of fresh oysters and marbled cuts of the finest filet mignon, been plied by drams of 18-year-old small-barrel scotch found only a couple hundred miles from its Speyside distillery, and been coddled in the high-thread-count linens of five-star hotels, is it possible to be swayed into believing something is better than it is? Sometimes, yes. But when you’re considering the second-generation GTC—the follow-up to Bentley’s wildly popular Continental that, at one point, increased the brand’s annual sales tenfold—you’re looking at a luxury convertible that is simply peerless in automotive spheres. And no, that’s not the whiskey talking…as good as rare 18-year-old scotch may be. The GTC really has no equal.

More so than any other drop-top, the convertible GT retains the highest level of luxury of its coupe brethren. Not only are you swathed in rich leathers and your choice of seven different veneers of wood, but Bentley assures that neither the ride nor the luxury accoutrements should suffer due to it losing its roof. The GTC’s torsional rigidity is coupe-like, making it the stiffest four-seater open-top car on the road. And do you want your back massaged while you drive? No problem, just tick the option.

What the GTC gains in its second generation is an updated look that doesn’t stray too far from its game-changing predecessor. A whole new set of aluminum body panels replaces the dated steel ones, crafted using a method called “super forming,” an aeronautics technology that allows for much sharper, crisper lines. Add a wider stance and a bigger grille, and the GTC becomes a bit meaner—a touch more dramatic. It also gains 15 horses to raise power to a total of 567 horsepower, ensuring that the massive hunk of steel and aluminum you’re driving responds nimbly to your throttle blips. The last major tech improvement is the implementation of Bentley’s Quickshift transmission—a far quicker system plucked from the last generation’s Supersports high-performance vehicle. The only thing the car loses, in fact, is about 154 pounds. You won’t miss ’em.

Interior: This is a Bentley; families have been hand-stitching leather and polishing walnut dashboards for generations. If there’s a more luxuriously appointed drop-top, we’d like to see it.

Exterior: The GTC’s muscular shoulders, haunches and signature headlights evolve but not dramatically. LED running lights, a bolder grille and a 21-inch rim option are added.

Floss Factor: Its twin-turbocharged W12 lump is a beauty to conduct. Somehow it allows a 5,500-pound land yacht to accelerate from zero to 60 in under five seconds. Insane.

Flaw Factor: Bentley was so faithful in retaining the aesthetic spirit of its predecessor that one wonders if they did enough to signify this is a whole new generation GTC. Squint—can you see the difference?