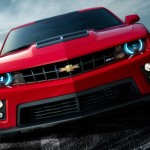 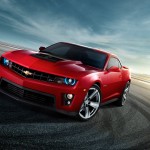 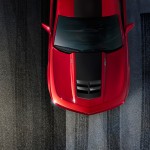 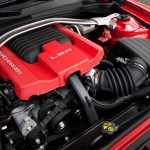 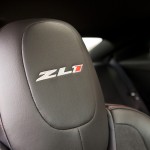 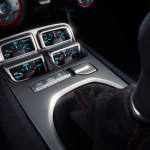 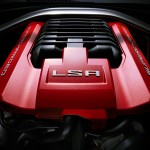 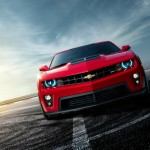 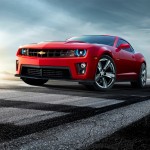 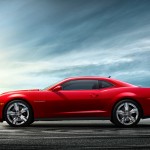 In 1969 Chevrolet came out with a beastly, innovative, racing-inspired motor that would produce some of the biggest horsepower numbers ever from an American car company—at the time. Originally rated at 430 horsepower but producing well over 500, these all-aluminum, ZL1-optioned motors were put into the Corvette, and 69 went into receiving Camaros, all of which are now priceless machines. For 2012 Chevy is bringing back the iconic ZL1 option package, and it’s faster, wider, lower and meaner than ever.

The most important part of this ’Maro is the 580-horsepower, 6.2-liter V8 that comes to life with the assistance of a Roots-type blower supplying the rear wheels with an overwhelming amount of torque—556, to be exact. With all that power, the rear wheels wouldn’t stand a chance against a heavy foot, but luckily Chevy has introduced their third-generation Magnetic Ride control with integrated Performance Traction Management, taking the best of what they’ve achieved through the Corvette and pumping it into a street-legal Camaro racecar. Not good at the quarter mile? There’s a solution for that: The launch-control feature (only on manual transmissions) allows for consistent acceleration runs, making you look like a pro. Go ’head, flaunt it.

For a car that weighs two tons, the ZL1 is amazingly compliant with whatever twists the road throws your way. This is not just a drag-strip diva but a racecar for the street that can turn zeroes into heroes. With five Performance Traction Management settings available at the push of a button, this muscled ’Maro can be docile enough to let wifey drive or as angry as a branded bull.

Though overall dimensions remain on par with an SS, the ZL1 evokes a greater presence thanks to a massive hood scoop—concealing the blower beneath—and more aggressive air intakes feeding said blower. With 305-series tires in the back and aggressive fender flares, there’s a widebody presence that seems incorporated into the body. With three different engine configurations in the lineup (323, 426 and now 580 horsepower), there’s a Camaro for everyone, but if you want the top dog, this is it.

Gas Cash: If you have to ask…

Interior: The flat-bottom steering wheel and optional suede package add to the polished feel of this top-tier ’Maro—though, for $55K, we’d like a little more differentiation between this and an SS.

Exterior: All killer and no filler, the exterior screams “Get out of my way.” All the aggressive treatments add to the race feel, and you’ll look extremely badass piloting something straight out of the Chevy engineering laboratory.

Floss Factor: With more horsepower and torque than an Audi R8 and a Mercedes SLS AMG, this American power lifter will surprise some folks in the upper tax brackets.

Flaw Factor: Now, we know that if you’re buying a ZL1—and, perhaps, racing it—you have some money at your disposal, but at 4,080 pounds, tires will go exceptionally quick. Chevy, trim some of the fat.