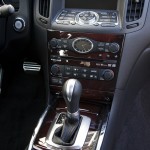 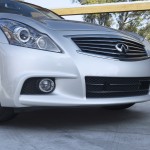 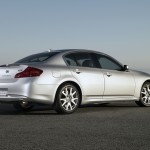 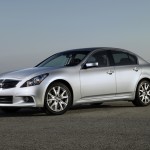 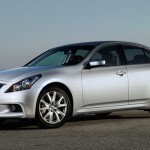 The BMW 3 Series used to be the king of the roost when it came to affordable entry-level luxury cars. They sold in spades, were easy to drive and, most of all, were fun. Infiniti has been on the heels of the 3 since they started selling the G35 back in 2003. The Japanese counterpart has the looks, the performance and the price tag to compete with anything the roundel brand can throw at it. The G37 sedan is powering into the future, taking any competitors along for the ride.


The Sport package makes a respectable 328 ponies, and when equipped with the six-speed manual, your street cred goes up faster than the rpms. It’s a toasty little sedan. Though the stock 18s are kind of puny, the wheel wells will swallow up some hearty 20s with some minor adjustments. And if you’re all about the VIP scene, you already know how good they look dropped and stanced out!

The interior of the G37 sedan is as luxurious as anything you’re going to find in the class. Plus, the navigation is still one of the easiest to use (though we continue to hate that you can’t use it while in motion), offering touch access and fast-moving menus. If you’re serious about driving, being seen as a bawse and getting the most bang for your buck, it’s hard to pass up the Infiniti that’s creeping into BMW’s rearview.