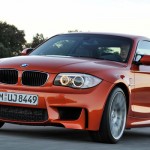 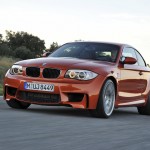 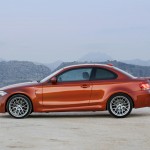 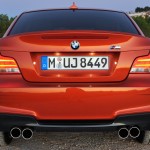 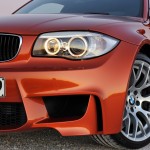 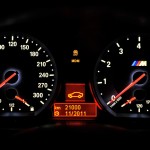 M” is BMW’s designation for the pinnacle of performance. The M cars have always been the ultimate “Ultimate Driving Machines”—until recently, when the Bavarian brand introduced machines like the X6 and X5, and started offering rides lacking even an option to be equipped with a traditional manual gearbox. The cars have become glutinous, packing big motor punches and subdued cornering characteristics. It’s a pattern seen throughout the entire automotive industry, but shit, it’s not what the purebred enthusiast yearns for. We welcome the 2011 1M with open arms.

Built off the 1 Series chassis, the 1M makes up for almost every single downfall of any current M car. It’s light-ish (3,362 pounds), nimble on its feet and musters its strength from a motor that’s happiest when being beaten—hard. The twin-turbo inline-six puts down 335hp and generates a boost spike that’ll let you kick out the tail on command. Aside from the obvious performance advantages, the 1M is a looker: a bulldog mixed with a boxing ballerina.

The bulging fenders, angry lines and sculpted profile just scream badass. It’s only offered in three colors, each distinctive and fitting to a particular owner. Valencia Orange is good for the dude who wants to be seen; the same narcissist who’ll try to run you from every stoplight. Black Sapphire Metallic makes sense for the well-off businessman and weekend racer who doesn’t really want anyone to know he chose this little coupe over the bulky M3 sibling. Finally, Alpine White—plain, simple and to the point—is one of the cleanest coats ever.

What’s great about the 1M, though, as far as aesthetics go, is that the interior is exactly how it should be: sporty, uncompromised, refined and luxurious. The seats are well bolstered but not overdone, and they have no problem keeping your rear end in place while you’re sliding sideways and listening to the insanely expensive rubber burn away into dust. Yeah, those sticky rear tires will run you more than four stacks each. If you’re just not into the whole racing thing or the idea of owning a car that is downright perfect for spirited driving, that’s fine, the 1M doesn’t want you. In fact, it had a limited production run (just the 2011 model year), so if you really hear it calling your name, check the classifieds and expect an ever-increasing resale value.

Interior: Seriously, not a damn thing to be changed about this purpose-built beast. Though if you want to pack all four seats, make sure your rear passengers are carry-on size.

Exterior: The stance, body kit and factory wheels pull this car together in a way you could never have imagined a standard 1 Series to look. Some might even say it looks more hard-core than the M3. We are part of that group.

Floss Factor: The “M” badge, the body kit, the four tailpipes spitting a sweet boosted six-cylinder melody—you’ve got yourself a whip that gets looks from everyone.

Flaw Factor: If you find one, please let us know.