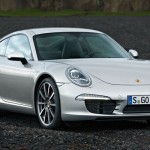 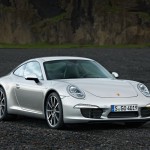 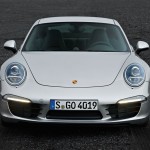 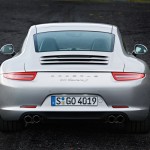 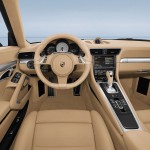 There comes a time in every man’s life when he needs to grow up: Get a real job, settle down, invest, pay taxes and, hell, maybe even start a fam. Then comes the day when he realizes he needs a new toy, something to relax in and take out for Sunday drives. Basically, the time has come for a Porsche 911. Just as you have become a grown-ass man, the Porsche 911 has matured into a jack of all trades.

From the moment the first rear-engined 911 oddities rolled off the assembly line in ’64, they have been synonymous with their shapely proportions and odd demeanor. However, they’ve always held that top-tier status in the car world by selling tons of units and performing better than exotics—costing three times as much—which, in their latest revision, you’ll notice immediately. Settling into the revised cabin, the first thing you’ll see is the Panamera-inspired center console; system controls are easily accessible and offer a streamlined approach to most of the settings you’d find within the seven-inch PCM (Porsche Communication Management) system. Within a finger’s reach, you can modify suspension, power and exhaust tone (thanks to the new Sound Symposer). If it came with any more options, you’d be looking at a brochure.

It’s hard to say the outside sheet metal is “drastically” different, but somehow—with every succeeding generation—the overall shape changes ever so slightly to make you notice the progression. It works. Porsche has pulled back the wheelbase almost four inches, dropped the roofline a bit and shortened the overhang of the wheels. The 911 looks longer but feels smaller. It’s a mind-fuck, and it’s the best kind.

Revisions in the motor offer more power, a redline higher than a backboard and a new seven-speed manual transmission. That’s right, seven speeds in both the auto and manual. Along with an impenetrable chassis and tightrope steering, this 911 is the best yet.

When the time comes to drop some hard-earned bills on a fresh new whip, the Porsche 911 is at the front of the pack, while its engine is still in the back. And that’s a tradition Porsche is keen on keeping.

Interior: Creamy leather, great visibility and all the driver needs within eyesight and arm’s reach; it’s the perfect place to call home any day of the week. The updated center console offers a new level of class and usability.

Floss Factor: The new Sound Symposer reinforces the engine noise inside the cabin by channeling intake vibrations between the throttle valve and air filter once you push the Sport button. Sound crazy? It is, but it works great.

Flaw Factor: At a base of $82,100, the Carrera isn’t cheap, but if you’re looking for the fastest and easiest-to-drive 911 yet, money shouldn’t be an object.