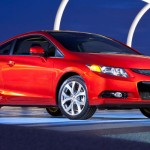 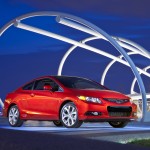 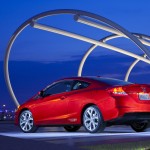 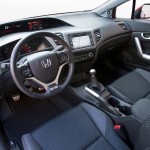 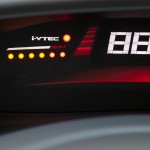 The Honda Civic is an old soul of the car world. Introduced as a subcompact back in 1972, it’s lasted a full eight generations so far, with the ninth version reaching showrooms last year. For a car that made its early reputation on being groundbreaking and trendsetting, the ninth-gen Civic came across as a bit of a letdown. It was strictly evolutionary, not revolutionary—a move that seemed risky in the face of newly excellent offerings from Hyundai, Ford and Chevy.

The Si model was always best known for its motor, a tiny four-cylinder that was light on down-low grunt but revved as high as a kite. But for 2012, the Si’s power train has been reset to make it easier to live with, so you don’t have to drive it like you just boosted it from an airport long-term lot. There’s more torque than before, and it comes on earlier—but the engine now hits redline much sooner than it used to, takin’ away a little from one of the traits that made the Si so special. You could say the Si was almost badass next to its tame, gas-sipping siblings, but without a redline in the clouds and with a suspension setup that seems a little more tuned for U-turns than J-turns, the newest Si has just gotten a bit too soft to hold its reputation together. Fortunately, though, VTEC can keep even the pickiest enthusiasts grinning.

Unless you’re fresh outta an old Civic, though, you won’t notice the difference—the new Civic Si still pulls hard and sounds good doin’ it, letting off a stream of VTEC music when the engine winds up. Revvin’ is how Hondas stunt, after all. And just like in a Ferrari, a row of lights pops on in sequence as you close in on redline—a handy touch when hauling ass.

Interior: The Civic may look small, but once you’re inside, there’s more than enough room for three or four full-grown men.

Exterior: The arched roofline and high tail make it appear that the Civic’s braking hard, even when it’s standing still.

Floss Factor: The small screen on the dash that shows radio information, gas mileage and so forth lets you post your own pictures as a background.

Flaw Factor: Even though it has six gears, the engine is still turning fast at highway speed. Can we get an overdrive?