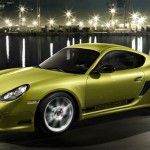 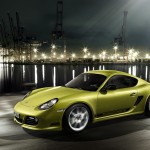 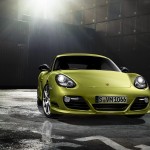 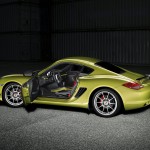 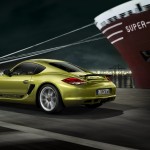 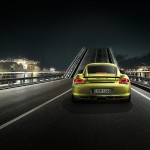 Sometimes you gotta take a step back and put it all in perspective, you know? Peep Porsche’s two-door lineup for a minute. There’s the Boxster, which everyone calls the poor man’s Porsche. Then there’s the 911, the Holy Grail, offered in enough individual models to fully saturate a Manhattan block. And, finally, there’s the Cayman, a fun little car with no frills but not mind-blowing by any means. So what did the brilliant Germans think of? The Cayman R. It’s everything you never knew you wanted.

The “R” is for “racing,” but “ridiculously responsive” is more like it. The Cayman R is a Porsche in every way. It’s not like you cheaped out and couldn’t cough up the extra change for the 911; it’s just built for a different reason, and some would say it’s actually a better performer. At a base price of $66,300, it’s a bargain. Packing 330hp in a chassis that tips the scales at only 2,910 pounds, it’s equipped with the available PDK dual-clutch automatic transmission, which bangs off gears faster than you can say “holy shift!” Follow the directions to engage launch control. A light pops up on the steering wheel to let you know it’s about to hurl you forward with acceleration that’ll have you giggling in seconds. Sixty miles per hour comes in just 4.6 of those seconds, but we think Porsche is being modest so as not to give the base 911 an inferiority complex.

If being quickest around your hood isn’t really what you’re about, that’s cool, because this Porsche is equally good for flossin’. The signature color ain’t a hue for everyone, but it’s loud, in your face and means business…kind of. It’s called Peridot Metallic—think of mashed-up asparagus with some clearcoat—and somehow it’s still badass, especially when accompanied by the sweet hum of the 3.4-liter flat-six nestled in the middle of the car, literally right behind your head. There’s a pretty nice audio system inside the cabin too, but it works best in the off position. Keep the motor at high revs, hands firmly on the wheel, and you’ll have a grin on your face the whole time. This car is just made for driving, and that’s what owning a Porsche is all about anyway.

Interior: There is Alcantara and fine leather everywhere, and the seats feel custom made for your body. Everything seems to be exactly where it should be, along with the general level of quality—even down to the smell.

Exterior: The Cayman R has all the cues that it’s meant to perform: massive brakes peeking through the spoked alloy wheels, aggressive yet classy body lines and some race-ready rubber poking out from the fenders.

Floss Factor: You can take almost anyone from a red light. Mash the gas pedal and you’re just out. It’s about as easy as your girlfriend’s sister.