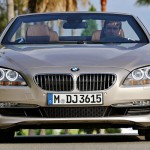 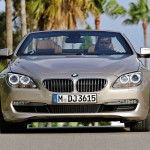 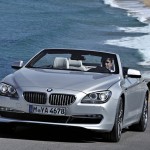 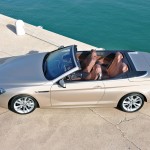 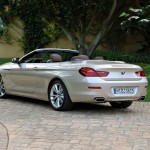 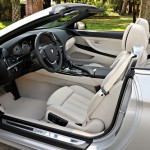 The summer’s gone, but you can rekindle those warmer days by droppin’ the top on this 650i ’vert, blasting the heat and letting those turbos spool to kick the tires and light the fires. Yee-haw! Speaking of twin turbos—since almost every luxury brand is doing them these days—it’s nice to know that power is available all the way down low, all the way to the tippy-top of the range. And with the eight-speed transmission, you actually get decent gas mileage with the 650i.

One trick piece of tech in this Bimmer is the HUD (Head-Up Display), which shows vital information on the windshield—though we know of a certain Corvette that had it first. However, in a ’vert it’s all about the looks, and unfortunately the 650i falls short of being what one would call “beautiful.” There’s just something eerily Chrysler Sebring–ish about the 650i. The concept could’ve been more radical, but instead they chose to stick with a safe design—which, in the end, might not get you the same looks from all those snow bunnies.

Aside from the so-so extroverted appearance, the inside of the car is all standard BMW fare: rich appointments, comfy seats, bangin’ stereo and a huge display for all the multimedia controls. Being in the cockpit is the best seat in the house for this 6 Series. The daily routine magically seems to melt away, with the sweet V8 singing its praise in front and the wind blowing your problems behind you with the top down.