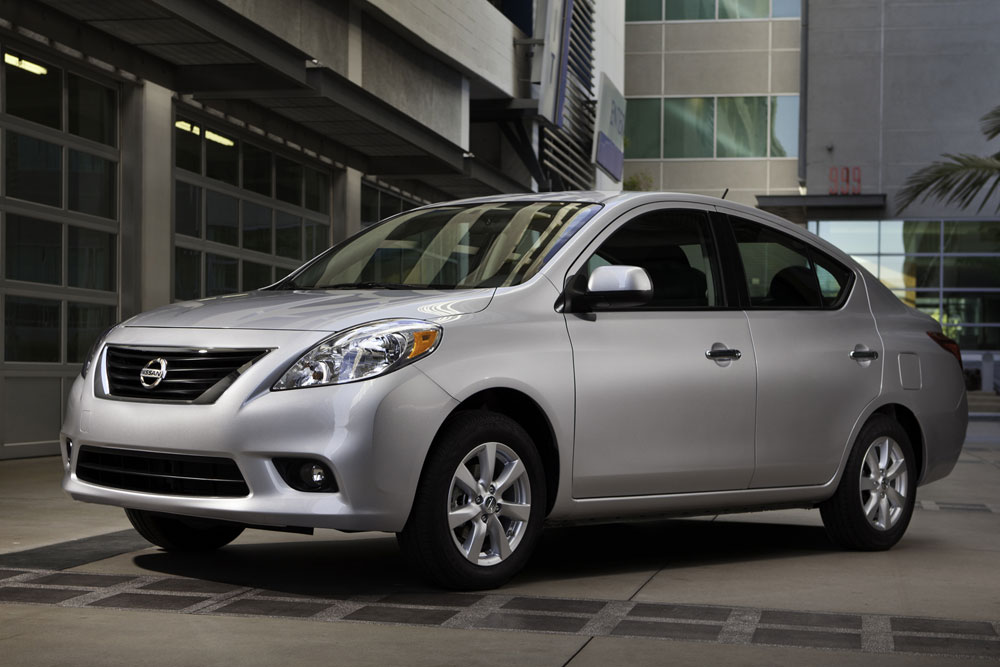 Go ahead, try to find a solid car for less than 11 grand. You can’t. Nissan recognized this problem and solved it with the 2012 Versa sedan. You might expect it to be along the lines of what you can borrow from Budget Rent-a-Car, but really, the Versa is a ride with all the necessities standard, and options like Bluetooth, touchscreen navigation and satellite radio are available at the higher end in the SV and SL models. And by higher, we mean $15,560—still not a bad price for a car that sips fuel and has more rear legroom than a 5 Series Bimmer.

Two miles shy of the coveted 40 mpg, the Versa is unfathomably efficient without ever seeming sluggish or boring. It’s hard to believe you can have fun in a car like this, but its light weight and peppy four-cylinder motor make narrow, twisty roads half enjoyable, and if you just want to kick back and chill on the highway, it does that, too—smooth and steady.

One of the biggest and most significant changes on this second-generation Versa is the styling. The slew of competition involved in the extremely affordable compact segment designs its cars as if—since the buyer is spending the least amount of money on a vehicle—they simply don’t care about looks, either inside or out. The Versa, however, appears as just another option next to the Sentra and Altima; it fits in. It’s a whip that’ll have you reconsidering dropping 20 large on a used car. It looks and drives like a vehicle twice its price, and in this market, value is everything.