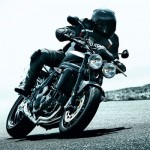 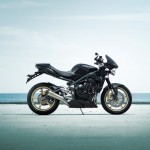 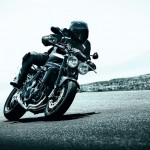 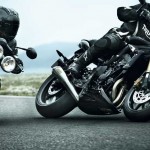 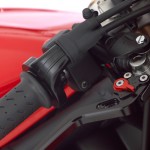 Remember When You became a man? Like, really became a man? Those little pubes on your face turned into a full-grown beard, and the opposite sex actually noticed you? Yeah, that was a turning point in your life, and getting onto a 2011 Triumph Speed Triple will procure the same results: a motorcycle minor becoming a man.

The Speed Triple is like that moment when you realize your bike can do more than you, but it also is what pushes you to become better. The Speed Triple inspires the kind of confidence that comes with years of riding but in a short amount of time. From the optional and extremely helpful ABS to the Showa adjustable upside-down forks, the Speed Triple was finely tuned over the previous generation, allowing a whole new ride and road feel. The more you ride and the harder you push, the more mature and confident you become.

Even though not light by superbike standards, this “naked” bike is more than six pounds lighter than the previous generation, and it affords composed handling and maneuverability. Also, with a new chassis combining a relocated battery and overall geometry changes, the Speed Triple feels much more nimble than the scale would suggest; think of a lion jumping through hoops—somehow it works.

Adding to the fly factor is the 133hp inline three-cylinder, which offers power in every gear at any moment. Seriously, though, this isn’t some motorcycle motor with power only in the upper reaches of the range. Nope, there is power at every twist. And the hearty, guttural sound lets others know of its differentiation from the rest.

The 2011 Triumph Speed Triple might be the perfect bike: just enough power to get in and out of any situation, incredible looks stock from the factory and a learning curve that will make you man up in no time.