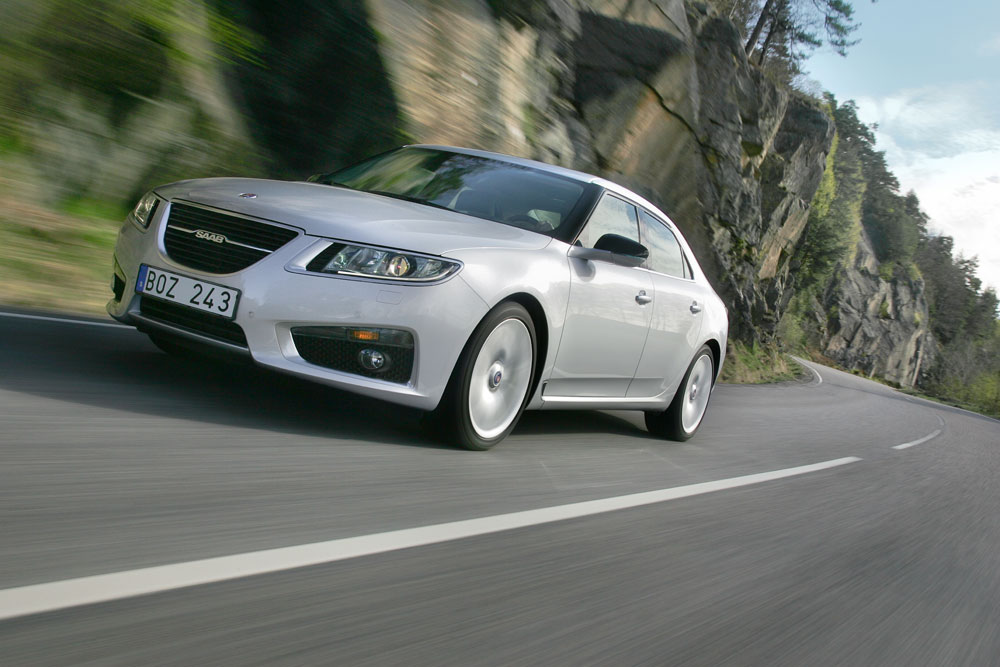 Let’s be frank: Who drives a Saab? Librarians, shoe salesman or maybe a priest, in most cases, but not in the case of this 9-5 Turbo4. Misconceptions aside (’cause we had ’em), this is one obscure import that blows away any pretenses you may have been under. First off, this thing has some Swedish meatballs! Lookin’ at the spec sheet, 220 hp doesn’t sound like much in a sedan this size—and it’s by no means fast. But with 258 lb.-ft. of torque at 2,500 rpm, paired with a six-speed auto with manual setting, it won’t catapult you like a jet, but it will surprise you.

At first glance, the interior might not woo you the way, say, an Audi does. Once you settle into the cockpit, though, ergonomics take over: Everything is within arm’s reach and comfortable to boot.

If you’re looking for an over-the-top exterior, look elsewhere. However, if you want a sleek, furtive sedan that will keep you under the radar, while still looking sexy enough to glide your hand over every curve, the Saab 9-5 makes due in spades.

In the end, this vehicle is different, and that’s a good thing. Hop into it with one mind-set and, guaranteed, you’ll come out with something totally different. The Saab 9-5 Turbo4 will make a believer out of you. Believe dat!