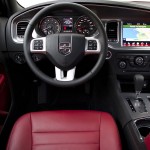 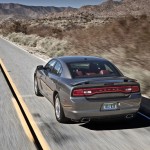 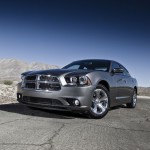 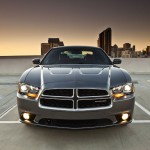 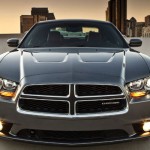 The 21st Century Dodge Charger may be one of the titans of the new-school muscle arena, but in stock form, it always seemed a little cheap. For the second generation, though, Dodge is stressing quality hard in an effort to make the Charger a car you can be proud to show off the moment you leave the lot.

Stretch out and touch anywhere you’d like (g’head, it’s not weird) in the interior; you’ll find soft-touch materials and pleasant textures everywhere. As an added bonus, the uConnect infotainment system in the dash boasts a menu layout as easy to figure out as an iPad. While not quite at luxury-car levels (they have to leave some room for the Chrysler 300, after all), the Charger’s guts are as good as it gets in a car without a European badge.

Of course, it wouldn’t be a true Charger without muscle under the hood, and the revised 5.7-liter Hemi V8 makes the Dodge faster than the vast majority of cars on the road—while its ability to run on four cylinders under light throttle bumps up those fuel-economy digits. Admittedly, the ancient five-speed automatic holds back the engine, but not for long: An eight-speed auto is due in 2012. But if you can’t wait until then, today’s Charger still makes for a dope ride—even before you change a thing.