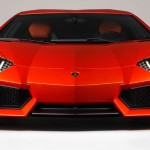 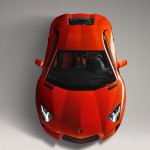 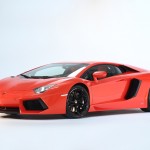 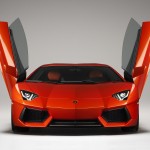 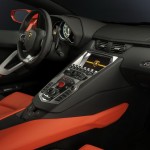 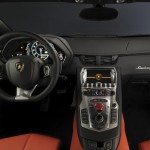 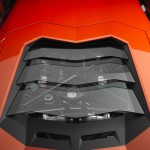 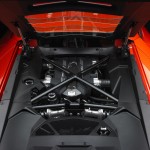 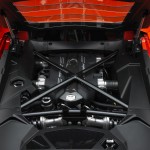 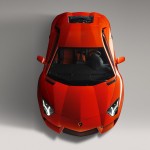 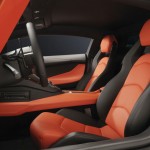 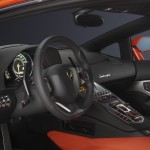 Seven hundred horsepower…think about that for a second. Then think about it for two seconds more. That’s the time it takes Lambo’s Aventador LP 700-4 to rocket from a dead stop to 60 miles per hour. Yes, it’s faster than your thoughts.

With massive amounts of torque from the 6.5-liter V12 passing through the Aventador’s traction-assuring Haldex all-wheel-drive system, you can mash the throttle any time you’re in the mood to slingshot out of a tight turn. The best part is, you’re at triple-digit speeds before you can even process the adrenaline buzz. Do that for a few hours as the buzz builds, turn after turn, into a full-blown high, and that giant check you just slapped down doesn’t seem so much at all, considering the street price of mind-altering drugs.

What you get for $379,700 (plus options) is a high-tech piece of aerospace-bred machinery named after a Spanish fighting bull known for his vast courage in the face of getting poked to death by spikes. If there’s a car that better combines the surgical-strike capabilities of a fighter jet with the brute strength of an angry bull facing down a man with a red handkerchief, you’ll be paying way more than 379 Gs for it—if it even exists.

What places this Lambo so far ahead of the Murciélago it replaces is the car’s carbon-fiber monocoque body shell, which Lamborghini developed with aerospace firm Boeing and the University of Washington. Carbon fiber is around 10 times stronger than steel at less than one-quarter the weight. It means the chassis is lighter and stiffer than the Murciélago’s and, thus, more responsive. You turn, it turns—end of story.

The upshot is simple: The Aventador is the best Lambo ever built, hands down. Lamborghini calls it two generations ahead of the aged Murciélago, but they’re just being modest.

Interior: The Aventador’s got no gauges on the dash—just a configurable LCD screen with all the vital information, looking all video-game-like.

Exterior: Equal parts menace and high tech, the Aventador looks like the unholy spawn of an F/A-18 fighter jet and the Millennium Falcon. Oh, you wanted to blend in? The Bentley dealership is that way.

Floss Factor: Technology is fashion. With a transmission that fires off up- and downshifts in fractions of a second, a racecar suspension, the music of an Italian V12 and the body of a top-secret government project, the Aventador is all floss—and the box that floss came in.

Flaw Factor: Paying supercar money. Start adding options and you’ll be at a half mill faster than you can say, “Hold the mayo.”