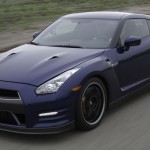 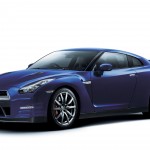 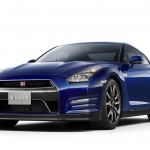 It’s not every day you squeeze yourself into well-bolstered sport seats and feel a sudden surge of satisfaction overtake your body, though if it were, you’d undoubtedly be the proud owner of a 2012 Nissan GT-R. Sure, maybe you’re a little put off by the idea of dropping nearly $100K on a Nissan, but you’d be trippin’ to let that logic control your wallet. The new GT-R is worth every dollar, signature and dirty look from jealous civilians.

With an increase of 45hp and 14 lb.-ft. of torque over the outgoing model, the rush of power from the twin-turbo 3.8-liter V6 is addictive.
It’s a shame to drive this thing on the highway. You sit there, focused on the traffic ahead, looking for gaps to weave in and out of while simultaneously trying to keep your foot from just stomping on the gas pedal; it’s a game of self-control, one that you’ll continuously lose.

Perhaps the strangest thing about driving a car that’s been dubbed “Godzilla” is that while the power is intense, there’s an endless amount of grip and traction. You hop in something like a Z06 ’Vette and really can’t get on it ’til second or third gear, and even then you feel as if the rear tires are going to break away from the pavement and send you into oblivion. But in the GT-R, you can do whatever you want. There’s enough techno-gadgetry packed into this thing to create a civilization on Mars. So really, you’re good to go in any situation, and out of control is more out of the question.

For 2012, the leather options have a long list of colors and pairings. The gauge cluster is clear and exotic, while the console in the Black Edition is composed of dry carbon fiber, creating a nice place for an in-dash computer designed by Polyphony Digital, the same guys who brought you the Gran Turismo franchise for PlayStation. So go ahead and find something you dislike about this car after driving it—we dare you. The GT-R is absolutely, undeniably perfect.

Interior: Most would imagine the interior of a 530hp supercar to be harsh and uncomfortable, but the guts of this beast are a place you feel at home in whether you’re on a road trip or lapping a racetrack.

Exterior: It’s sculpted out of pure swagger. The lines are aggressive yet sleek, while the menacing front still oozes class. The fenders are enormous, swallowing 20-inch wheels without breaking a sweat.

Floss Factor: With a transmission that enables seamless shifts and lightning-fast speeds combined with an engine that emits tones better than any song you could blast, the GT-R is a car meant for flossin’.

Flaw Factor: Its capabilities are deceiving and borderline dangerous; going to the speed limit doesn’t even feel like an option. It’s almost like it’s built too well.