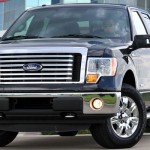 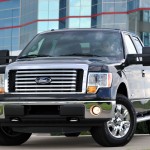 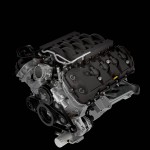 The Ford F-Series of pickups are as all-American as vehicles can be. But for years, they were lacking in the power department. For 2011, though, Ford has dropped not one but four new motors into the F-150. The 5.0-liter V8 (code name “Coyote”) is the third-tier engine in the lineup, with a slightly heartier twin-turbo V6 above it and an even stronger 6.2-liter V8 above that. However, don’t let it’s third-place status on the food chain give you the wrong idea; dig into the throttle, and the Coyote claws off with the force of a range-topping motor.

The F-150 has don’t-mess-with-me style that will impress everyone. Inside, the biggest surprise is just how tech-packed this working truck is. Auxiliary and USB jacks lie in the dashboard, the back-up camera’s screen magically appears in the rearview mirror when reverse is selected, and the SYNC system lets you control your phone and MP3 player through voice commands. Who said being tough meant you had to be stupid?