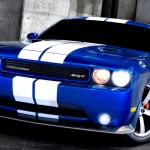 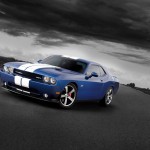 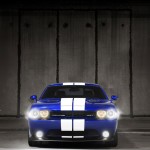 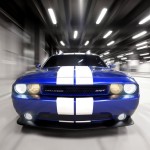 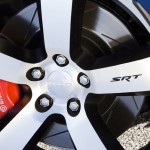 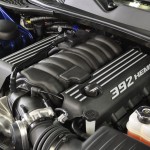 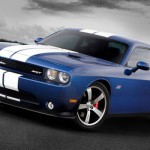 Chances are, if the team over at NASA ever rolled some of their otherworldly ideas into something more street-spec, it’d feel a lot like hitting the gas in the 2011 Dodge Challenger SRT8 392. The second you press the start button on Dodge’s new coupe, you get the sense that it’s the closest you’ll ever come to piloting a spaceship.

Centered on the return of the iconic 392-cubic-inch engine with the limited Inaugural Edition, the 2011 Challenger SRT8 392 features an all-new HEMI that generates more than 50 lb.-ft. of torque over the previous 6.1-liter V8. Though some will choose the standard five-speed automatic, the six-speed manual transmission is really the only option, especially with its revised clutch, enabling smoother shifts than ever before. Thanks to updated shocks, the Challenger no longer suffers from awkward handling or numb steering—it actually feels like a sports car. But it’s the rush you get from mashing the rightmost pedal to the floor that plants a perma-grin on your face. This is what American muscle is all about. After all, the popularity of the 392 is owed to legendary dragsters like “Big Daddy” Don Garlits, who utilized a 392 HEMI to break the 200 mph barrier in 1964, so it’s no wonder Dodge is making a push to rekindle this forgotten spirit.

The 392 Inaugural Edition—limited to 1,100 models for the U.S. and 392 for Canada—is featured in either Deep Water Blue with white stripes or white with blue stripes. The 392 badging is stamped on both fenders, in case anyone doubts the validity of the rumbling beat from the exhaust tips.

Inside, the commemorative edition is equipped with Pearl White leather-trim seats and dual blue stripes accented by unique blue stitching with an embroidered 392 just below the headrest. Dodge didn’t skip a beat on this one…parachute optional.

Interior: While the cockpit has been refined, it still stays true to the theme of American muscle with features like a bomb four-gauge cluster with chrome accent rings, a new three-spoke steering wheel and an info center that provides readouts on data such as 60-to-zero brake times, g-forces, quarter-mile times and more.

Floss Factor: With the throatier sound of the new SRT-tuned exhaust system, you’ll get a lot of attention just from starting it up.

Flaw Factor: Considering a lot of people might not know about the 392 Inaugural Edition, a few will probably think you’re just rolling in a Challenger with custom stripes.