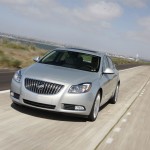 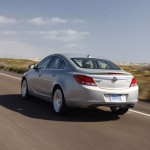 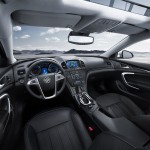 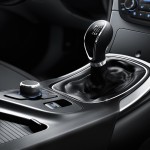 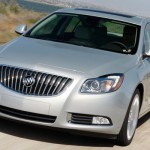 The name “Buick Regal” may still be held in high regard, but the glory days of the G-body are 25 years gone, and they ain’t coming back. Buick is trying to recapture some
of the respect it used to command. That’s what this new Regal Turbo is all about: bringing in new buyers and getting previous ones back.

This new mind-set is obvious the moment you lay your eyes on the car— the streamlined exterior is nothing like the blocky or flabby Regals of the past, and it looks much more attractive than most sedans on the road today. And the interior is no different: It’s clean and simple, with materials that are easy on the eyes and light on the fingers. The only letdowns are the controls; some of them aren’t all that intuitive, which is an unfortunate consequence of function following form.

This Buick has some entry-level sport sedan cred, but the car seems more appropriate for a lead-footed commuter than someone who really loves driving. The turbocharged inline- four makes decent power but suffers from too much turbo lag. Likewise, the suspension is up for slicing through turns, but the steering feels too light and floaty for sport sedan duty. That said, if you want a sleek four-door that can cut through traffic at a good clip, the Regal Turbo might be just what you need.