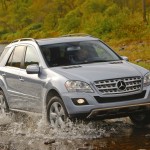 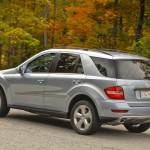 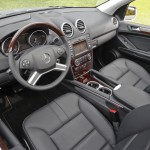 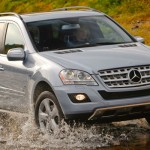 Diesels are becoming more similar to their gasoline counterparts than ever before. They burn better, produce more power and, in general, are hard to tell apart from the gas variety. Step on the gas and you’d have a difficult time telling the difference, because other than a little turbo lag, it’s the same silky-smooth quality you’ve come to know from Mercedes—now in diesel form.

With all that torque, you might think this is a gas-guzzler. Not true. Cruising around L.A., the ML350 BlueTEC sipped the suds, and after almost a week, had barely made a dent in the fuel gauge. The more you pilot this fossil-burning masterpiece, the less you notice you’re driving a Deeze. Regular ol’ gas engines better watch out, because if diesels are becoming this good, it won’t be long before push comes to shove and a diesel is at the top of your list.

0-60: Probably in the eights somewhere