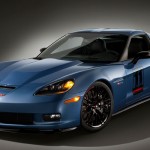 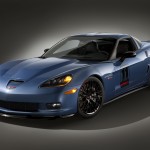 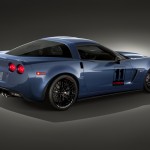 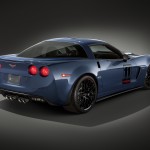 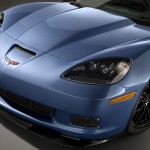 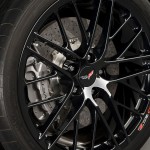 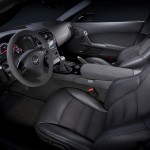 The Corvette is on a short list of vehicles that have consistently improved with every generation. It has effortlessly maintained its title as America’s greatest sports car. And with all the hype of hybrid technology and electronic nannies these days, the ’Vette is standing strong, looking back at the world, saying, “Bite me.”

Why, you ask? Simply put, you’ve got 505hp, zero to 60 in 3.7 seconds and a top speed of 198 mph. While $99,925 isn’t exactly lunch money, the Carbon Edition is a bargain because it gives you supercar performance and, in this case, rarity—only 500 Carbons will be made. Suede and microfiber are used inside to remedy the cheapness found in other variants, though Chevy still needs to step it up. There’s enough plastic inside to toss half the interior into the recycle bin.

The sound that spits out of the exhaust is sinister enough to scare the deaf, and the amount of sheer horsepower nestled under the hood seems logically capable of launching you into another time zone. It’s like you’ve suddenly been given a superpower. Five-0 in the rearview? No problem—put your foot to the floor and be out. See a fine dame on the other side of the bar? Show her the keys. Yeah, life is easy in the fast lane.