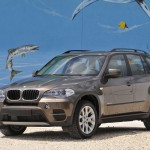 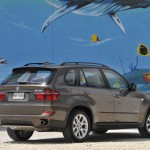 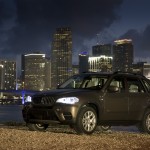 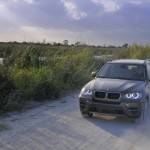 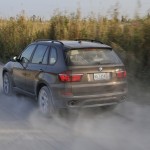 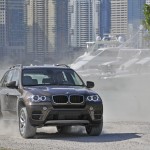 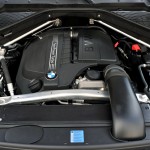 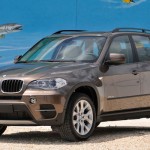 Chevrolet dropped their “Like a Rock” catchphrase almost seven years ago, but BMW could scoop it up tomorrow for the X5 and it would fit just as appropriately as it did for all those full-size Chevy pickups. This Bavarian brute feels as though it was carved from a single piece of metal. At 4,960 pounds, it tips the scale as if it came from one giant chunk of steel, too.

But despite weighing one shorty short of two and a half tons, this Bimmer has serious moves. Credit where credit’s due: The buttery inline-six makes 300hp thanks to its twin-scroll turbocharger, but the eight-speed automatic knows when to hold ’em (blasting down a backroad) and when to fold ’em (cruising on the highway).

Not that you’ll be able to detect much drama inside the cabin. Between the boxy proportions and the giant sunroof that floods the interior with godlike levels of light, the X5’s leather-lined guts seem as large as a basketball court. A full five-man squad could fit inside with little trouble. A third-row seat is on the options list, but unless your entourage includes a pair of Mini Mes, you’re better off saving the $1,700.

While plenty of people out there pick up sport-utes just for flossin’, it’s still nice to know an SUV has chops when the road gets slick, and this BMW doesn’t disappoint. Whatever tricks Mother Nature threw at this Bimmer, none of them proved capable of clamping down the all-wheel-drive progress, even with less-than-ideal all-season rubber strapped to the 19-inch wheels. Unstoppable, luxurious, fast and solid as a rock—just what you’d expect from the crew at Bavarian Motor Works.

Interior: An acre of soft leather coats the seats, and the latest version of the iDrive control system makes changing the radio or laying a course into the nav system easy.

Exterior: Not for the subtle, the X5 is large. You’ll feel like a king on the freeway, but parking might inspire you to invent some new curse words.

Floss Factor: The giant moonroof stretching over the first two rows of seats opens so wide, Biggie at his biggest could climb through without any trouble—and it comes standard.

Flaw Factor: Soccer moms tend to choose these as their weapons of choice. Spend the extra guap in the aftermarket.