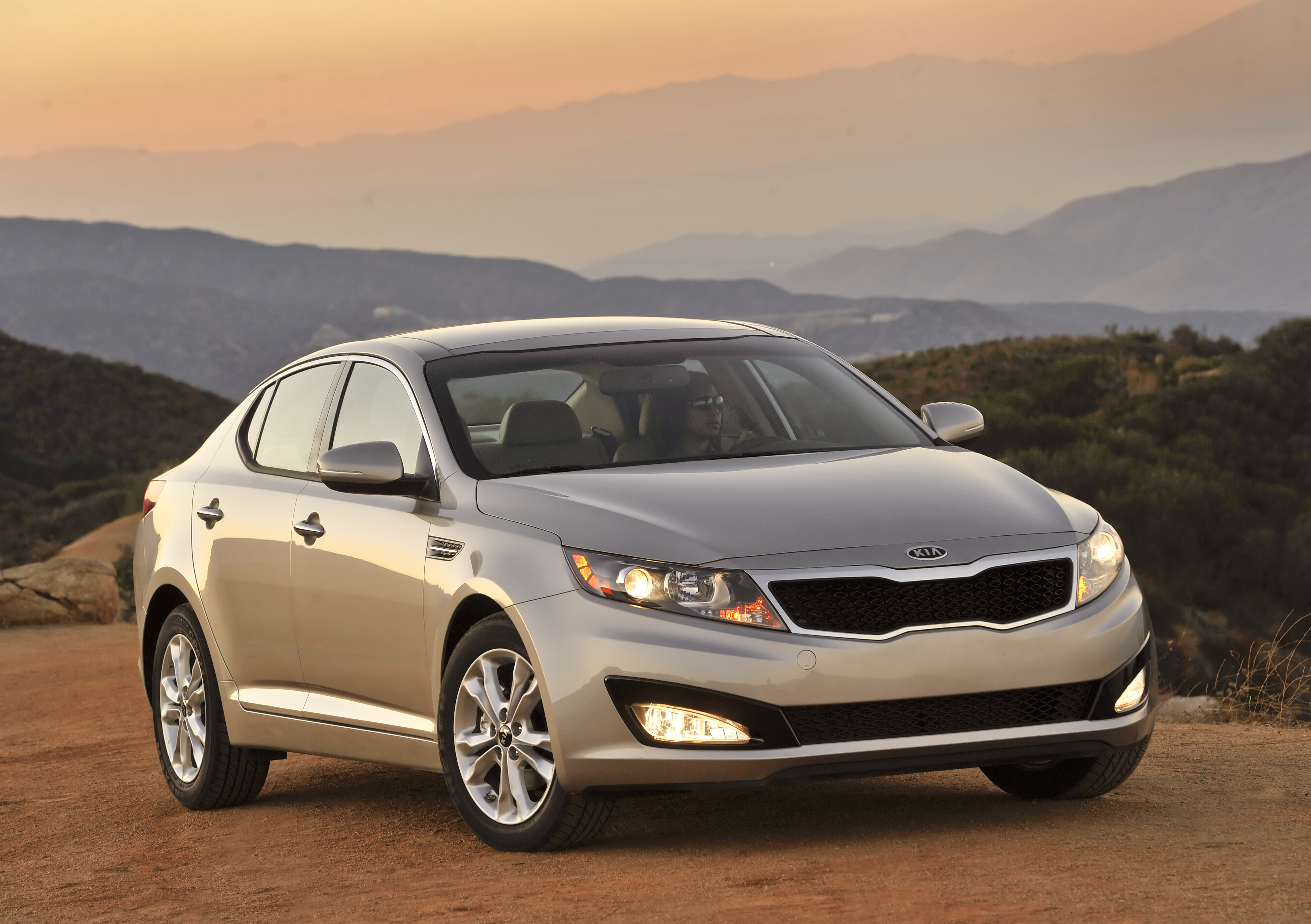 After years of taking notes and readying itself for the majors, Kia has finally gone and done it, bringing the A-game to the mid-size sedan world with its 2011 Optima. The new styling hits all the right notes, from its broad-chested hood to the sleek profile that sweeps from the headlights to the fastback-like tail. Inside, Kia has knocked the game out of the park, opting for plenty of high-quality plastics and soft leathers that look just as good as they feel.
In addition to all new styling, its new features up the value factor considerably. The panoramic sunroof lets in enough natural light to burn away seasonal-affective disorder. Cold morning? Click on the heated steering wheel. Hot outside? Try the cooled front seats—they’ll leave you as refreshed as the dudes in a Super Bowl beer ad.

The latest Optima also brings Kia’s new voice-control system to the fray. Dubbed “UVO” (for “your voice”), the setup offers one feature most similar systems don’t: simplicity. Plug in your iPod or USB flash drive and just blurt out the type of music you want to hear. It’s uncomplicated enough to make UVO more than a gimmick, and more of a feature that could vault the Optima from good student to honor roll.