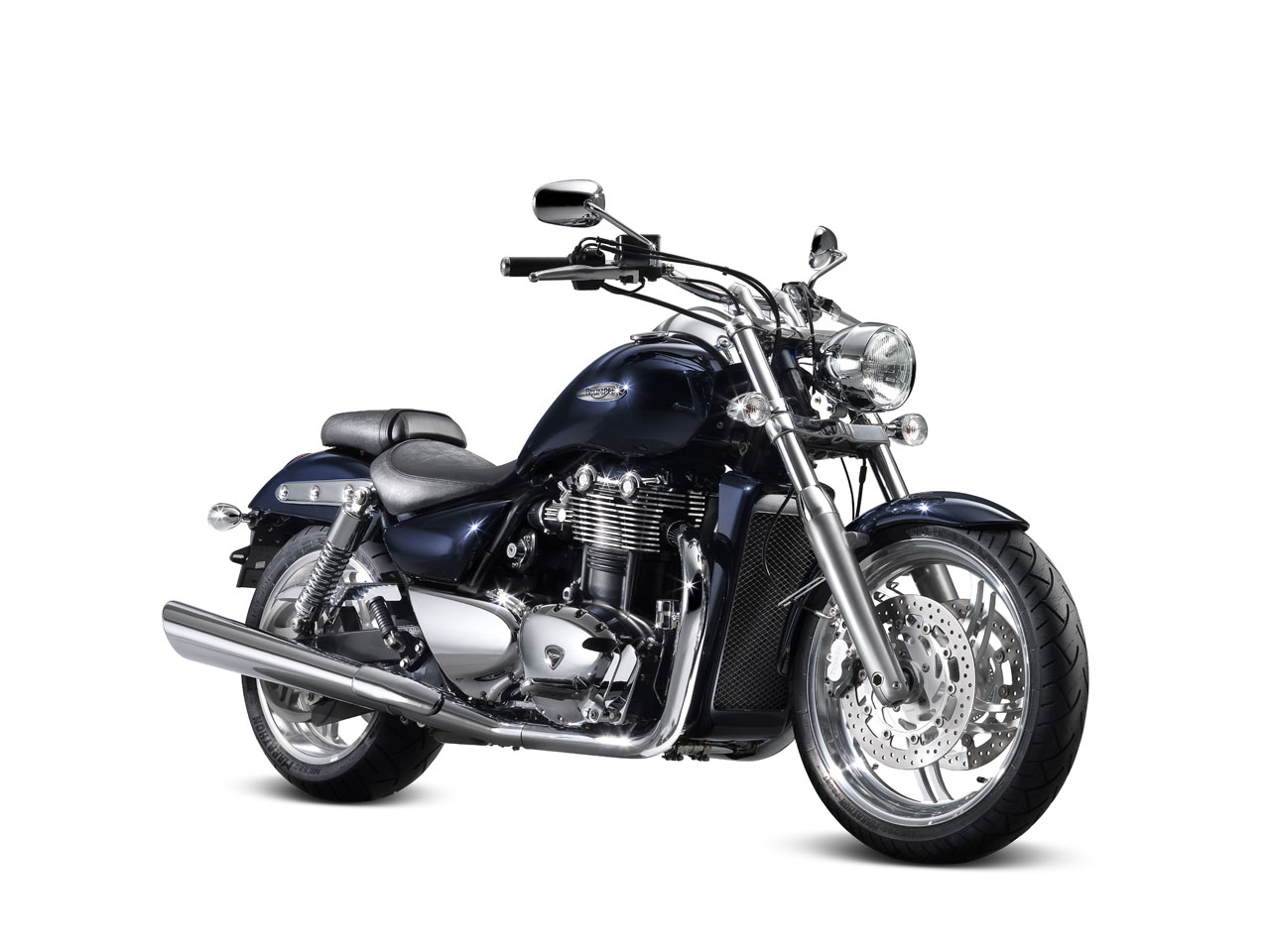 When entertaining the thought of a cruiser, don’t overlook British steel from across the pond. Triumph has been making the Thunderbird in one form or another since 1949, and in its latest iteration, it’s destined to give other bike brands a serious run for their money.

The Thunderbird is a muscle car on two wheels: 85hp, fat tires and 1,597 cc of torque producing twist from a parallel twin that makes poppin’ and crackin’ sounds like it’s pissed off at the world. Unlike certain muscle cars, however, the Thunderbird performs vindictively toward corners. Turning and leaning is in another league, offering a progressive learning curve that will have you keeping up with sport bikes in no time. On top of it all, the Thunderbird offers classic styling cues with modern technology, making it a knockout so long as the weather’s right.