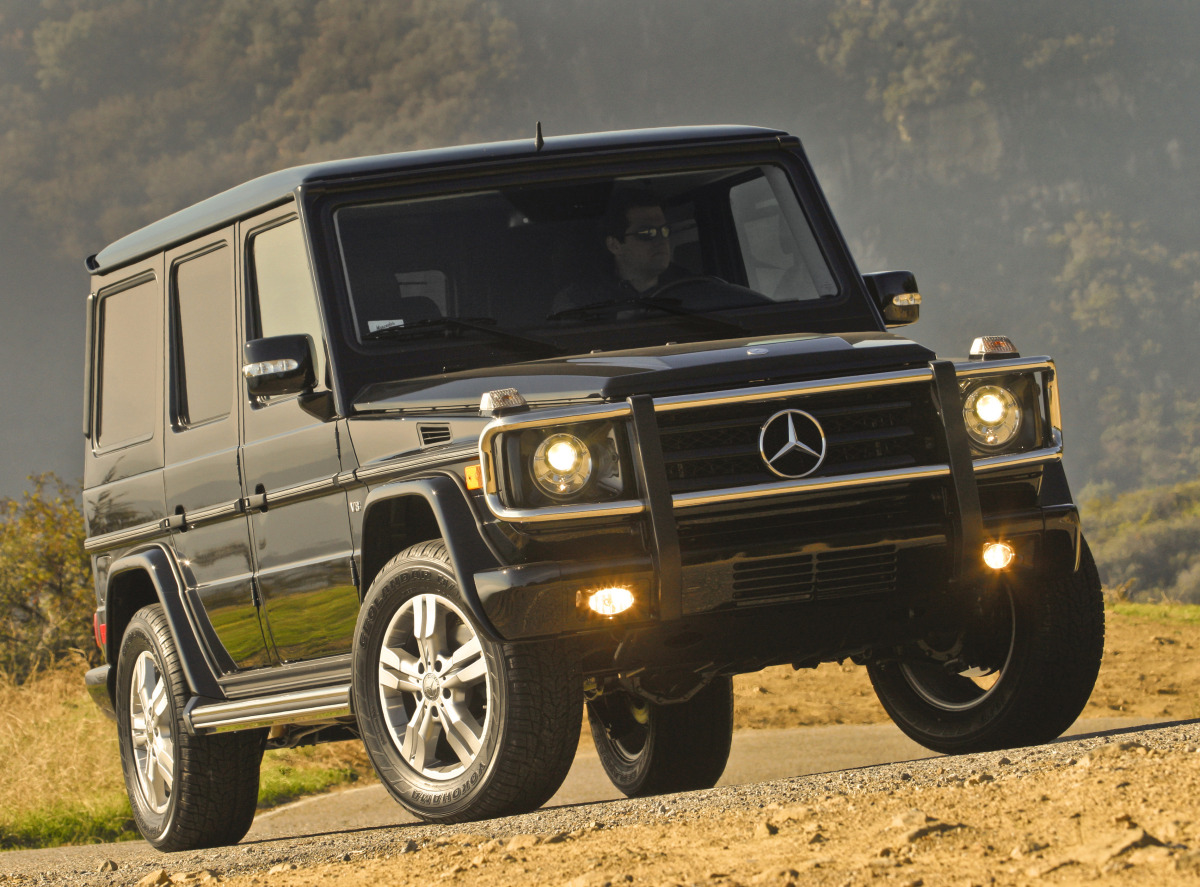 When it comes to being a classic, no truck does it better than the Mercedes Geländewagen. More or less unchanged since its debut in 1979—with a slight update in 1991—it’s a rig that has soldiered on because the Benz boys got it right from the start.

Big, bold and boxy are the three Bs that can be used to describe this three-starred tank. Packing a mix of looks that blends perfectly the worlds of utilitarianism and luxury, this is a modern throwback that’ll stop onlookers dead in their tracks. And those tracks could be through an urban jungle or the real one, because this ain’t some sissy crossover SUV. Nope, while the 382hp V8 packs a real wallop on the highway, it also hits hard on the most treacherous of terrains—no lie! Straight from the factory in Germany with three driver-controllable differentials (front, center and rear) along with selectable high and low gearing, the four-wheel-drive system in the G-Wagen allows you to explode through any obstacle you might encounter in your travels.

And at the end of the day, this machine still rocks the Mercedes badge, which means it’s also a leader of opulence. Just hose it off and you’re ready to go. Unstoppable ability and unmatched luxury? Classic.

One Response to “2010 Mercedes-Benz G-Wagen”