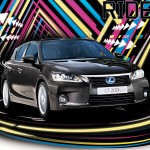 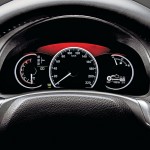 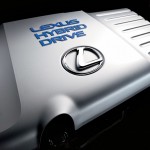 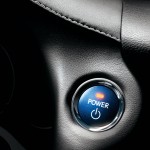 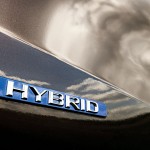 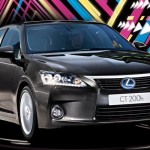 The Lexus CT 200h is a true “first of its kind” automobile: a luxurious, hybrid compact that breaks into a segment normally reserved for cars of a different caliber. Face it, there are some offerings on the table that fall short on character and, at most, offer marginally better fuel economy. But if battery packs mixed with gasoline is the wave of the future, why not rock a hybrid that delivers good looks, decent power and European-inspired handling?

The CT isn’t going to be a multimillion-dollar pusher for Lexus; think of it as more of a testament to what they can do and whom they can market to. Priced below the IS, the 200h is an all-new platform based upon a combination of their existing HS hybrid drives. With their Hybrid Drive system—optimized to be compact, fun to drive and comfortable—they’ve maintained the “Lexus Experience” in a whip that’ll be accessible to a range of new customers looking to get into the Lexus brand without the traditionally associated price.

By using the Atkinson cycle (as opposed to the Otto cycle), Lexus was able to make the most of the hybrid system, netting 42 mpg combined. The trickest feature might be the use of Exhaust Gas Recirculation (EGR), though, which cools down exhaust gases and circulates them back into the combustion chamber for better fuel economy. Nerd talk? Maybe, but it works!

Usually a hybrid is uptight about performance, focusing its resources for mpgs, not mph, which is why the CT 200h is a refreshing take. With three driving modes, the car offers a trio of distinct drive settings: ECO, normal and sport (four if you count the all-electric EV mode), with sport offering enhanced driving dynamics and illumination change from blue to red in the instrument cluster.

So whether you’re bangin’ out weekend trips while sippin’ fuel like a camel or blastin’ down side roads trying to reach that next hot spot, the CT 200h will have your back—and still coddle you in true Lexus fashion.

Exterior: With looks that compare to their IS lineup but with shorter dimensions, the CT 200h already has stylish genes. However, TRD will start making accessories for it come 2011.

Flaw Factor: The backseats are awfully cramped, and the engine could use a little more oomph. But hey, it’s a hybrid—sipping and saving, not burning and bangin’.