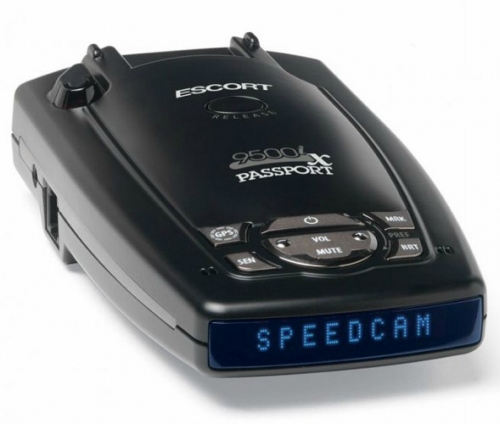 One of the major problems with radar detectors is having false alarms. Those of us who have experience using detectors know that feeling you get when it picks up a radar signal, only to find out it wasn’t anything to be concerned about. And the more it happens, the more we get annoyed having the radar detector in the first place.

Escort’s PASSPORT 9500ix uses a system called AutoLearn to correct this issue. AutoLearn is Escort’s patented GPS technology that records and saves all data for every radar signal it reads. For example, if the driver approaches an old construction sign that gets picked up by the 9500ix as a threat, it’ll recognize it was just a sign once the driver passes it. From there, the system records it as a false alarm, saving exact location and frequency so that next time the driver approaches the same sign, the detector won’t sound the alarm.

It comes ready, straight out of the box. All that needs to be done is plugging it in the car’s cigarette lighter and that’s all. With an MSRP of about $450, it’ll save you a lot of loot if you would’ve otherwise sped through a Speed Trap.